Home / Music / The Origins of the Scottish Bagpipe

The Origins of the Scottish Bagpipe 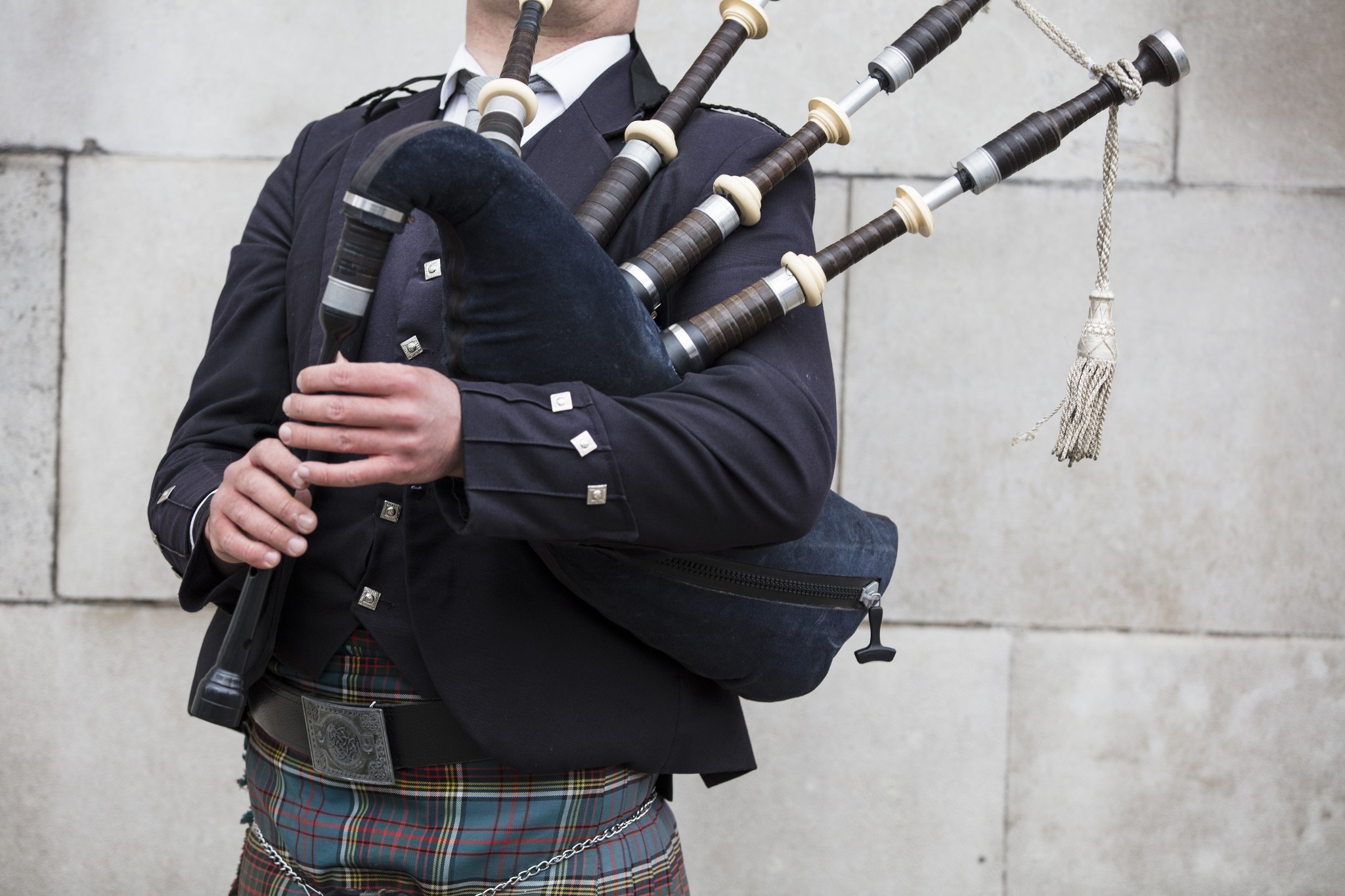 When you hear that distinctive wail of the bagpipes, it evokes strong feelings and memories. Whether you remember a wedding, a funeral, watching Outlander, or a feast day, bagpipes are the emotional background of many events. But did you know the origin of the bagpipe dates back to Roman Emperor Nero’s time? 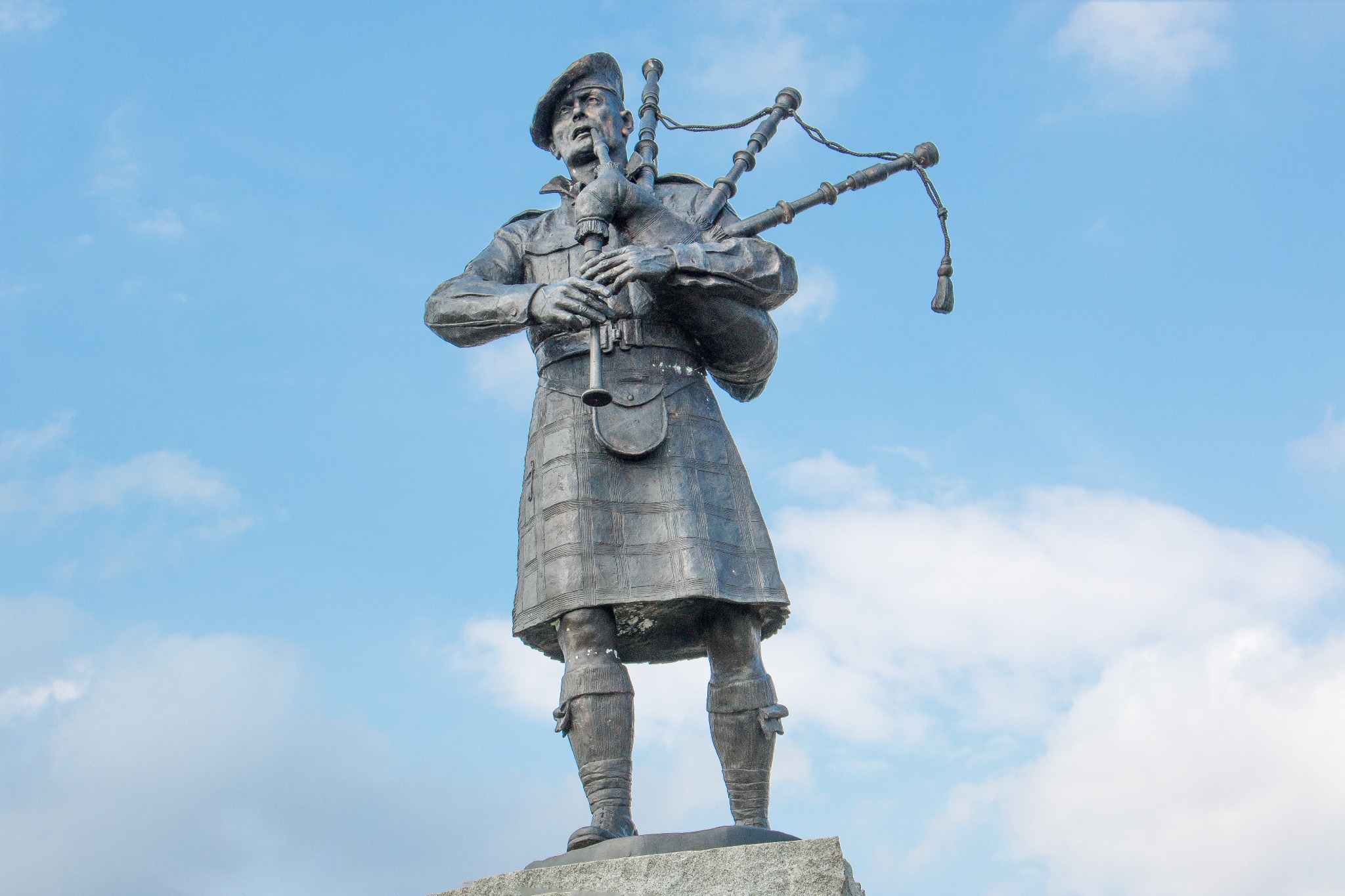 Ancient Egypt has evidence of the bagpipe’s origin from as early as 400 BC. There are accounts of the ‘pipers of Thebes’ blowing dog skin pipes with bone chanters. Even though Nero often depicted playing the fiddle while Rome burned, it was the bagpipes, as shown on coins from that time.

The early “Dudel-Sack” gave rise to several European, Asian, and African folk bagpipes. According to Bagpipes, many kinds of bagpipes developed around the world in different names and variations:

Deconstruction of a Bagpipe 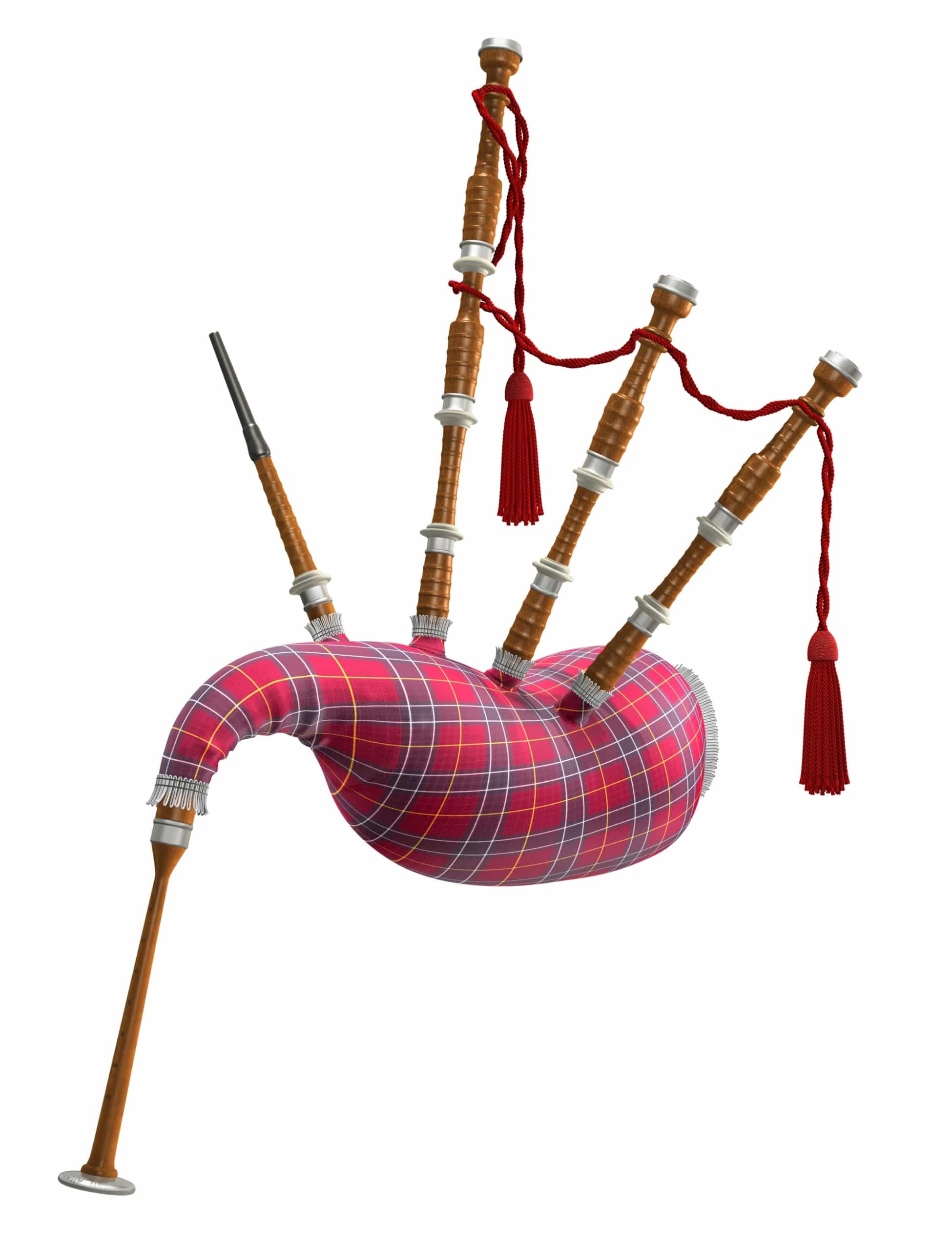 As you can see, bagpipes have existed in many countries and many forms throughout the world. The basic construction includes the same parts; an air supply, a bag with a chanter, and one or more drones (although some variations are droneless).

The Bag (Hence the Name Bagpipes)

The Historic U.K. explains that the most common method of filling the bag is blowing air with the mouth. We see that some of the early innovations included the use of bellows for air. The bag, historically crafted from animal skins (modern ones more likely to be synthetic material), is, in essence, a receptacle to hold the air and control its flow. This combination creates the piper’s ability to breathe and keep the continuous sound associated with bagpipes.

The air supply provided via the blow stick, created from various hardwood. The blow stick has seen many innovations in recent years, intending to get more air into the bag.

The Drone and the Chanter

The iconic set of bagpipes has three drones. Picture a bagpipe, and you will see five sticks. Three of the five are drones, with the longest being the bass drone (the lowest tone), and the two identically sized ones are the tenor drones. The other two sticks consist of the chanter and the blow stick.

The reed at the top produces notes from the chanter.

A chanter looks much like a wooden recorder or whistle. While whistles and recorders are played from blowing directly using your mouth, a bagpipe is played with the air from the bag.

The Great Highland bagpipe is classified as a woodwind instrument, much like the bassoon, oboe, and clarinet.

The reeds of a bagpipe are all closed inside the wooden “stocks.” The Great Highland bagpipe has four reeds: the chanter reed (double), two tenor drone reeds (single), and one bass drone reed (single).

The Music of Scotland

So how did the origin of the bagpipe become so intrinsically meshed into Scotland and become the national instrument? It is rather unclear, but what is clear, Scotland took a liking to the instrument as it developed and made it their own as part of the rituals and culture. 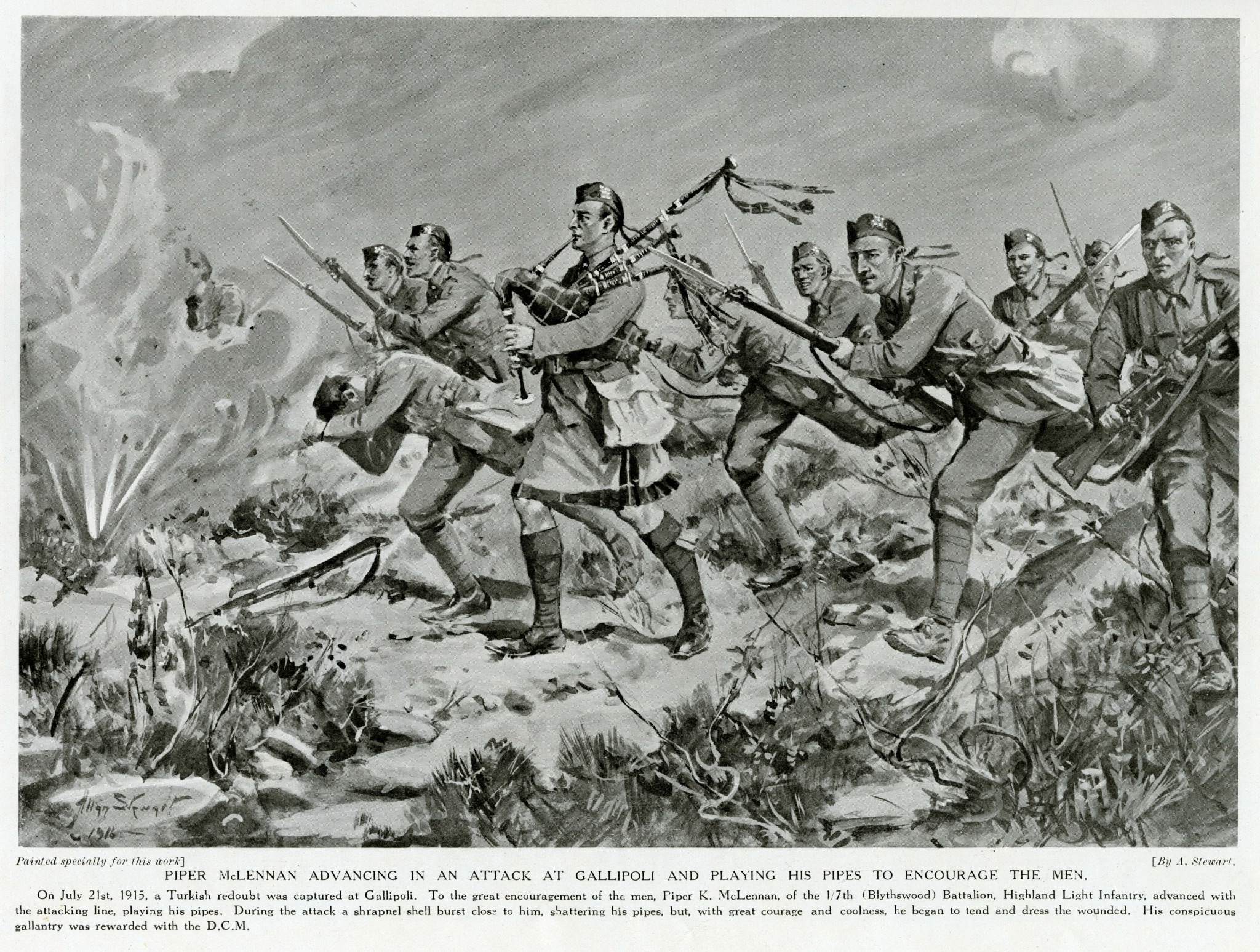 Bagpipes as a war tool or a musical instrument? In the 1549 Battle of Pinkie, pipes’ playing replaced trumpets to help summon and rouse the Highlanders into battle. The distinctive sound and pitch carried through the war and was heard up to 10 miles away.

The battle cry not only carried miles; it also brought fear to the enemy.

Because of the inspirational influence, bagpipes became classified as war instruments during the early 1700 Highland uprisings and the subsequent defeat of Bonnie Prince Charlie at the Battle of Culloden in 1746 (Outlander fans know the importance of this battle). This battle is well known for the government in London’s attack on the Highlands’ clan system. Not only did an Act of Parliament criminalize bagpipes, but also the wearing of kilts.

Bagpipes, the Music of Our Celtic Life 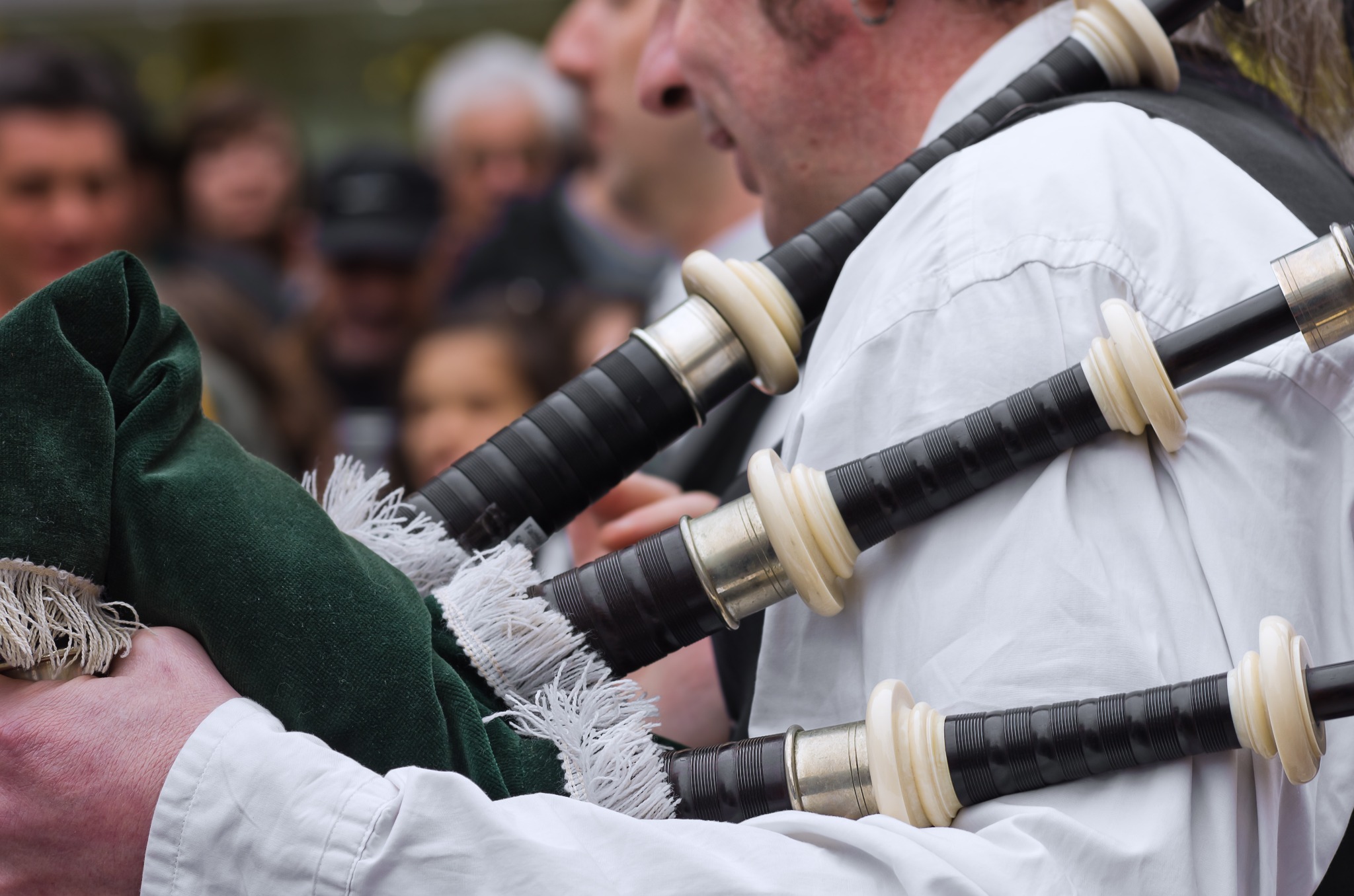 Bagpipes and ceremonies go hand in hand for those of Celtic descent. Bagpipes play at many rituals, parties, informal and formal occasions—bagpipers, dressed in the traditional outfits and accessories of Scotland or Ireland, add to the authentic cultural atmosphere.

Burns Night is one of the must-have bagpiper occasions. On January 25th, all over the world, Scottish societies honor Robert Burns with dinner, poem recitations, speech, and of course, whisky. When the haggis arrives, bagpipers accompany it.

Many Celtic weddings have bagpipers play as the bride walks down the aisle and again during the newly married couple’s exit.

Bagpipers often lead funeral processions, are outside the church when mourners enter and exit, and often at the cemetery as the person lays to rest. People of Celtic heritage can hardly imagine a funeral without the comforting melodies from the bagpipes.

Birthdays, parties, St. Patrick’s Day, and special events often call for the music of the pipers. As you can imagine, they gather a crowd and be the perfect touch to a memorable event!

The Modern Era of Bagpipes 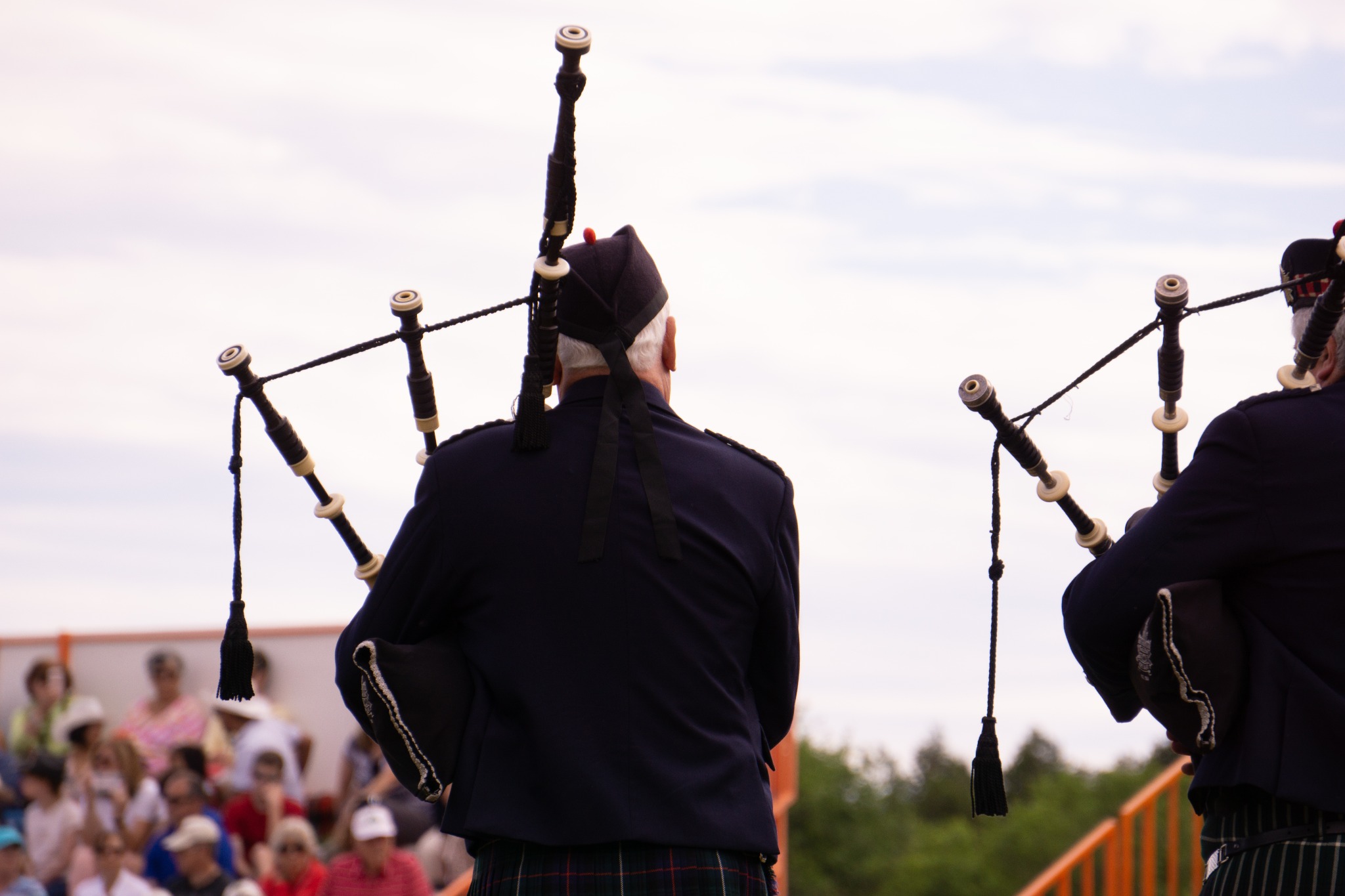 Bagpipes are featured in some of the more contemporary music, as you may have seen on social media. ‘Mull if Kintyre’ by Paul McCartney and A.C.D.C.’s ‘It’s a long way to the top’ have made their rounds on the internet. Since their origin, bagpipes continue to be popular in Scotland and Ireland, with bands adding more traditional songs. 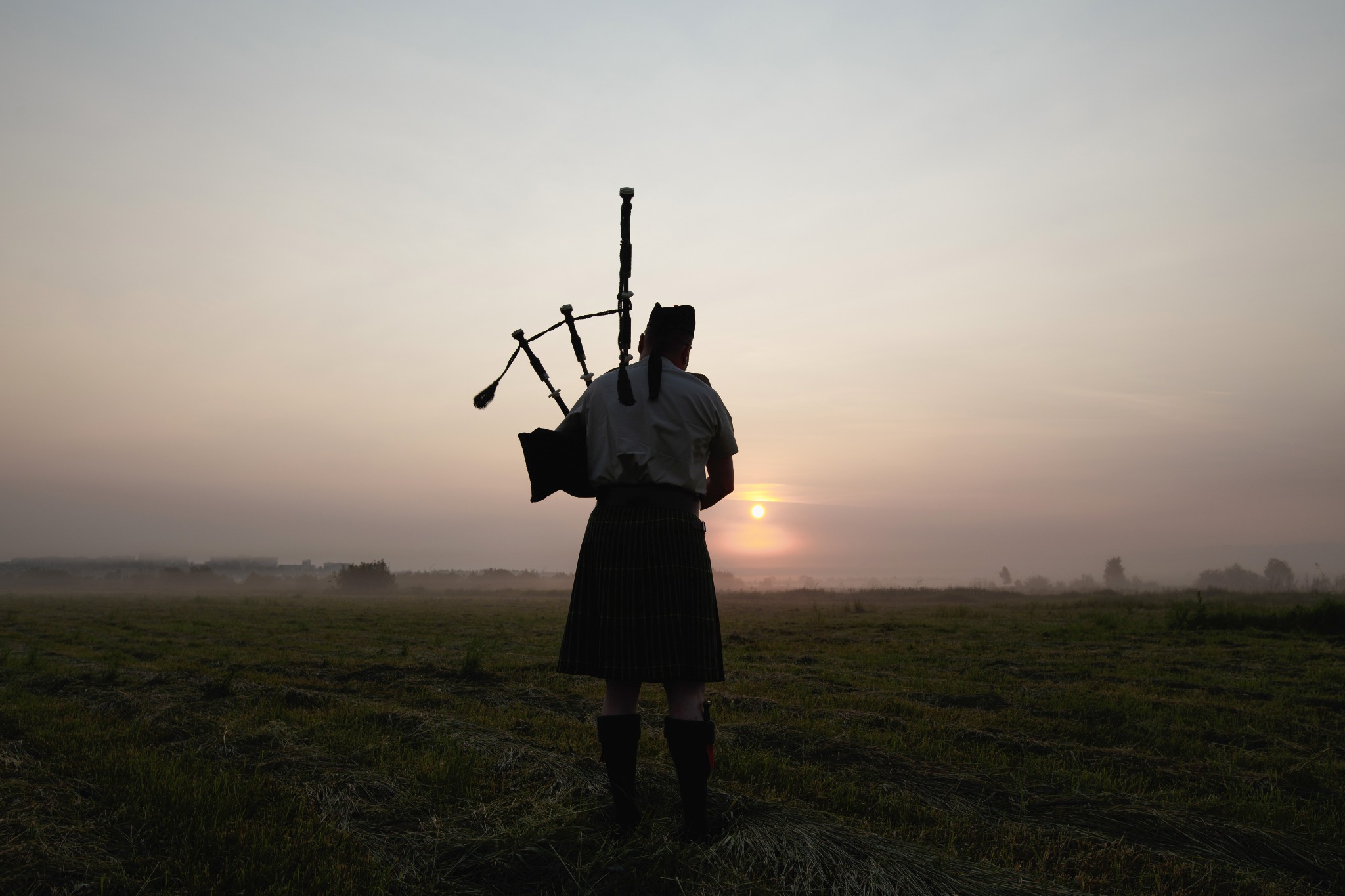 The Scottish Highland Bagpipes in Scotland is synonymous with tradition. And pipers often called to play the pipe at weddings, birthdays, funerals, and town events, take great pride and honor in their playing. And a Burns Night would not be complete without pipers playing as the haggis arrives. 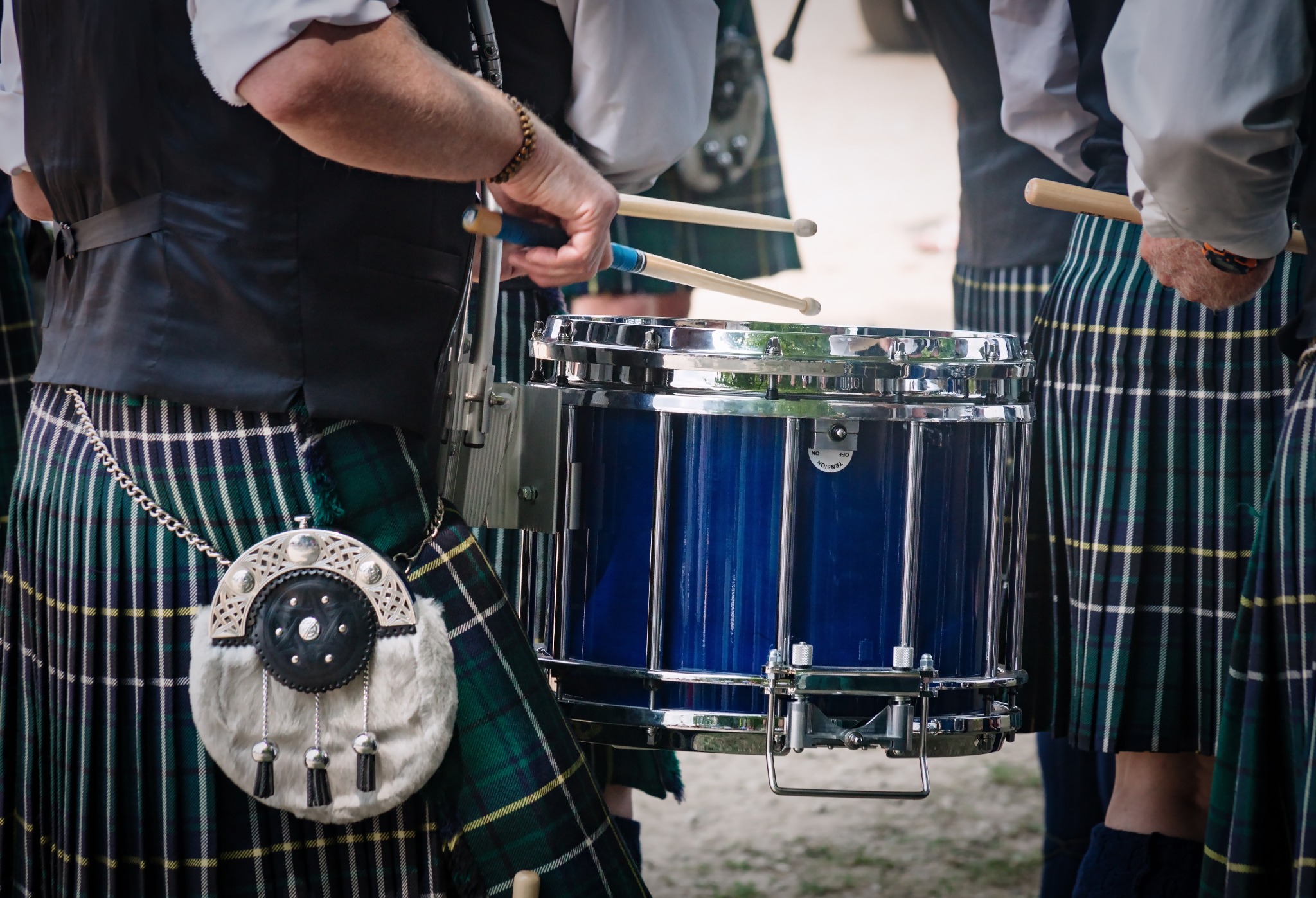 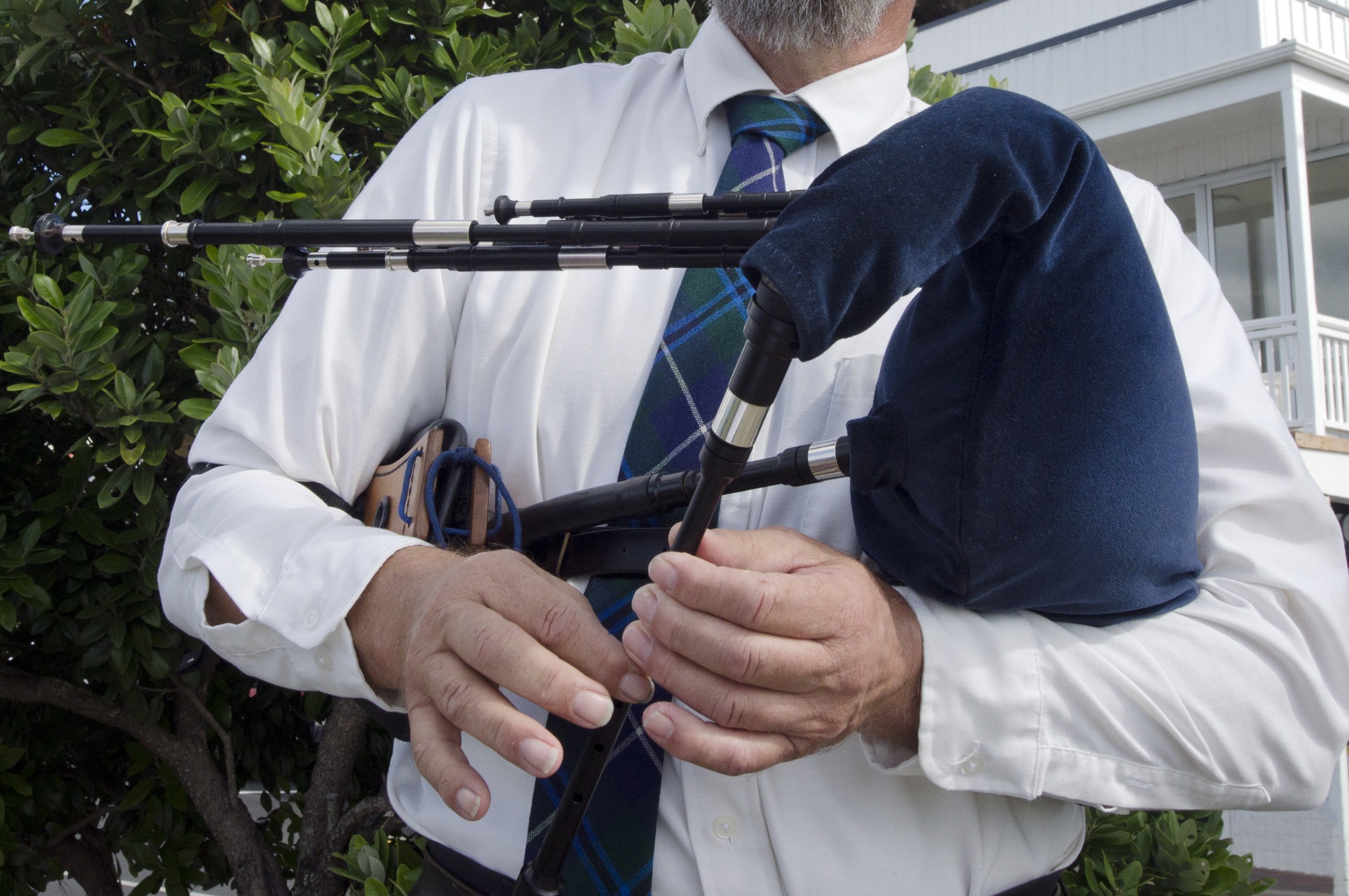 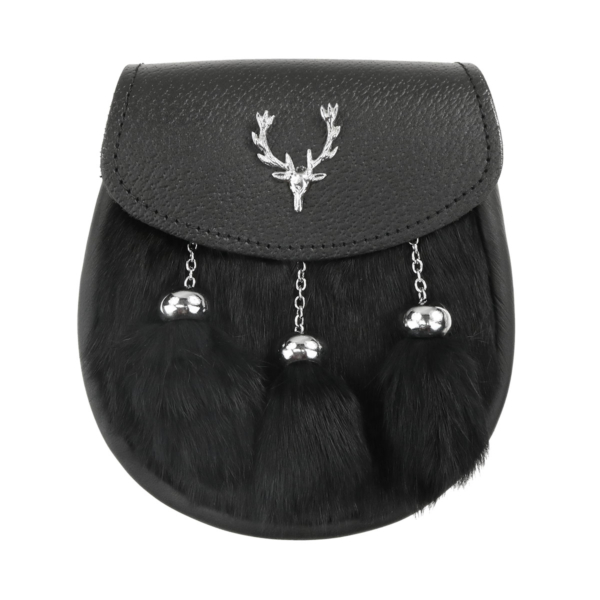 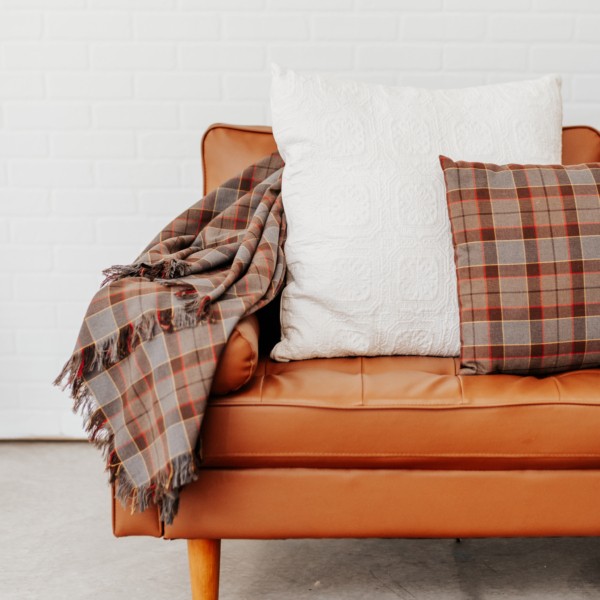 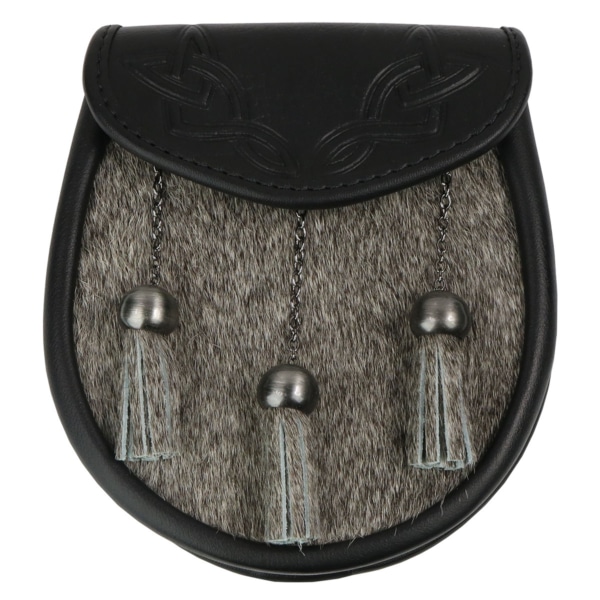 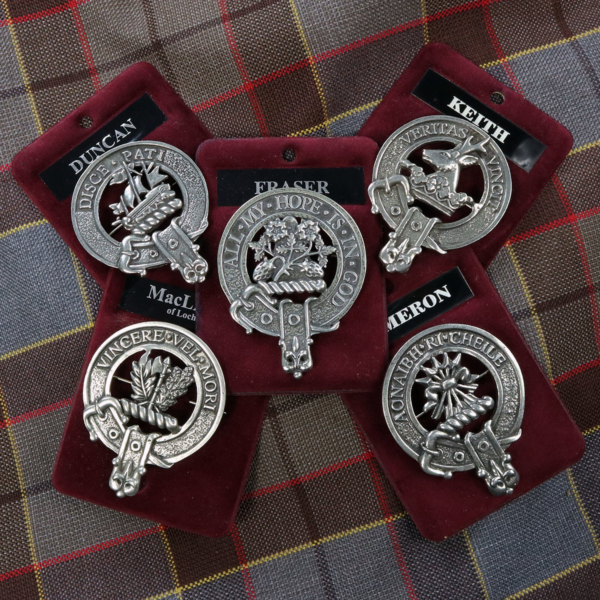