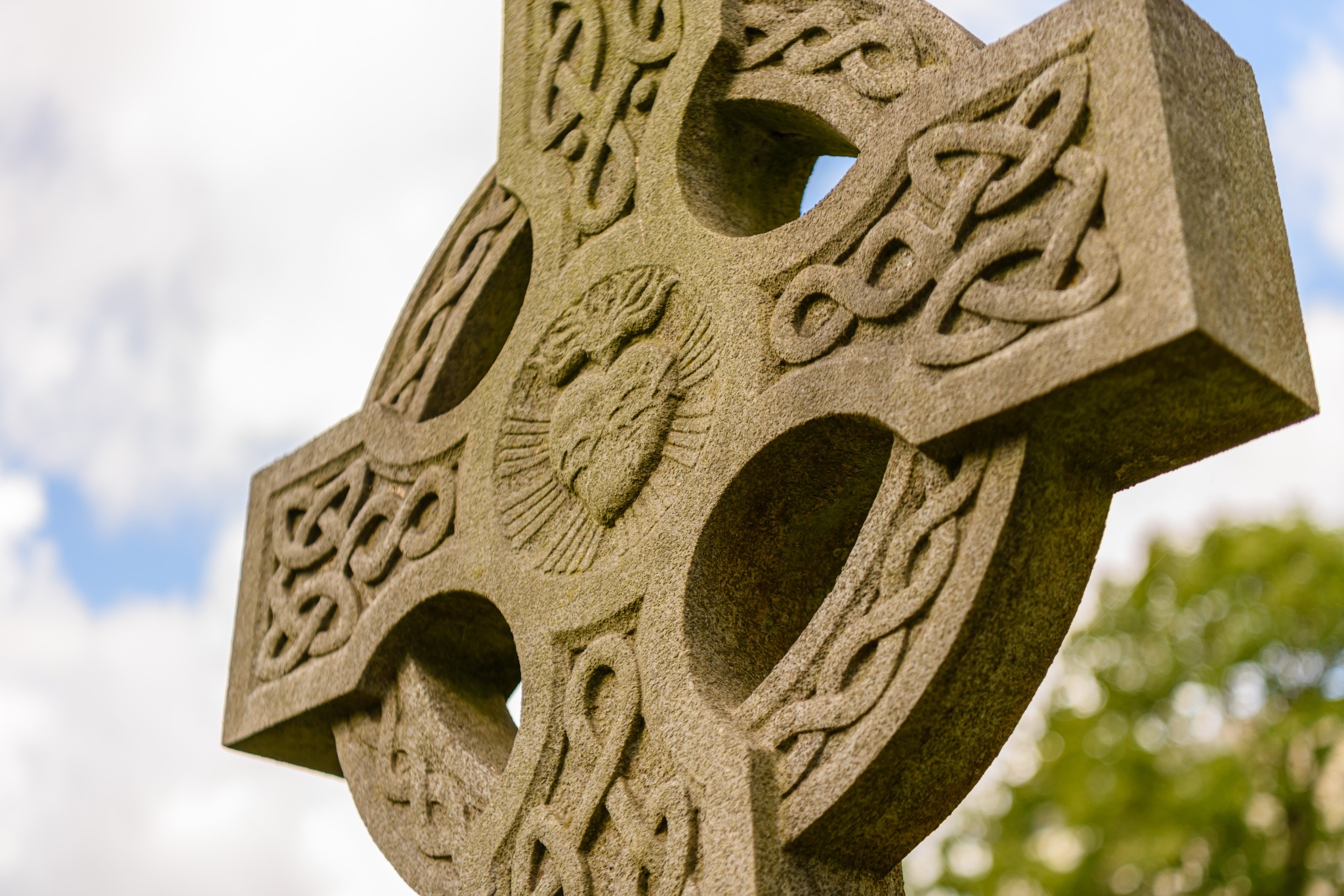 The Celts do not lack in the abundance of symbols! The Claddagh, Celtic cross, and the Celtic knot are some of the more recognizable images. The Celtic knot meaning has a fascinating history and quite a few variations.

The Celtic Knot consists of an interlacing pattern that dates back to the middle ages, inscribed by monks on Kells’ Book. Much like the infinity sign, the Celtic Knot has no beginning or end, as the monks believed the soul was infinite.

The origins of the Celtic knot are rooted in Paganism. The Pagans believed in and spoke of the infinite and cyclical nature of all living things. Before the Christian influence on the Celts in 450 AD, interwoven designs could be found in Celtic culture. As time has gone on, Celtic knots were adopted into Christianity and remain a modern symbol today—so much so that you often see crosses adorned with imagery of Celtic knots. 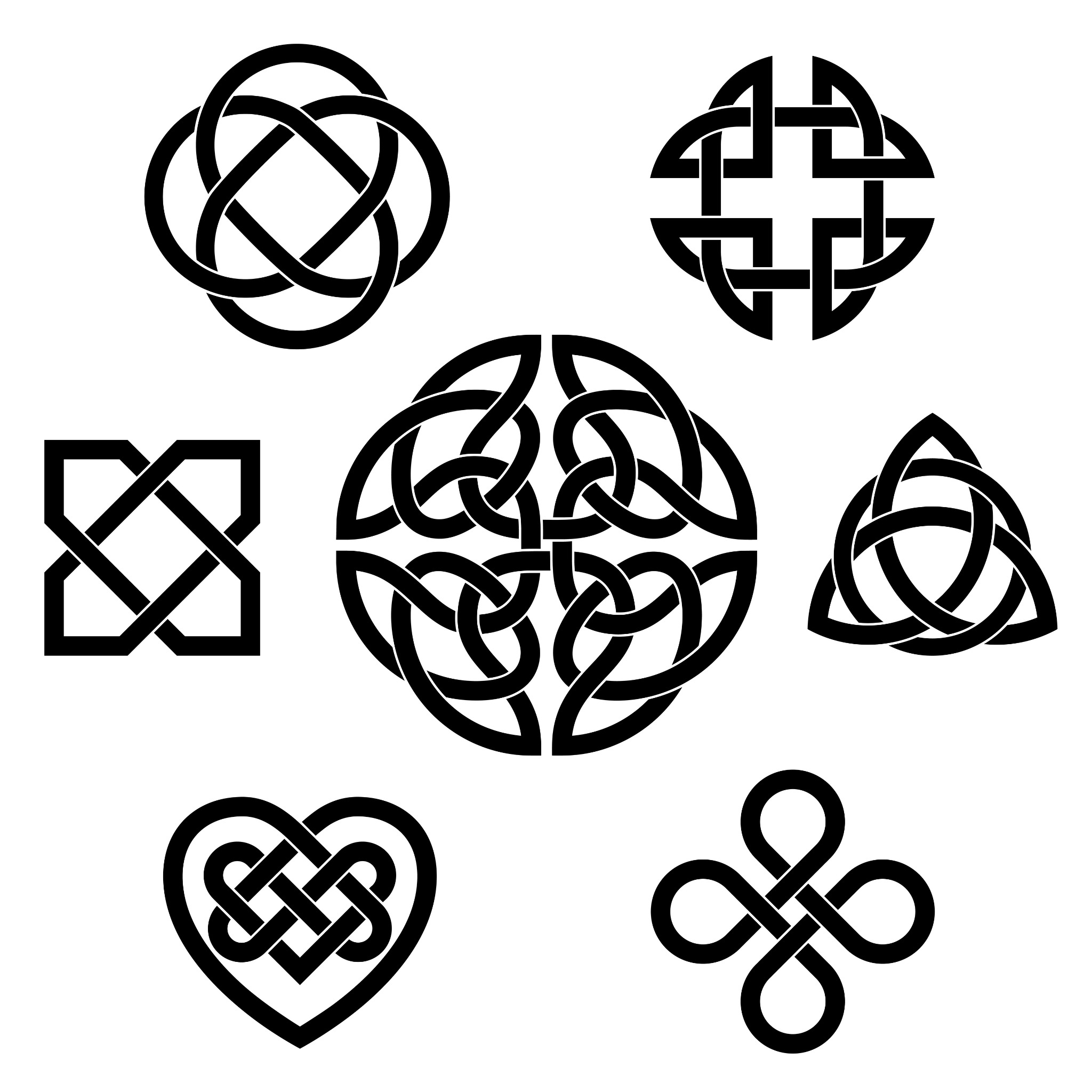 The Celtic Knot has eight main variations, according to Sun Signs. Each form, based on either a three or four-chord braid. You probably have noticed many Celtic symbols have three or four elements, as those numbers were considered sacred for the Celts.

Three, as you can guess, represent the different trinities. While four is due to the four elements of earth, air, fire, and water. Celtic Knots with three parts are triquetras, while four are quaternary.

Both the trinity and the elements appear across many cultures within their sacred symbols.

On occasions, both the triquetras and quaternaries show in the same symbol. And spirals often a part of both.

Spirals are a continuous line that creates multiple circles and moves clockwise, representing the sun. The double spiral denotes the equinoxes. Evidence of both single and double spirals dates back to ancient times.

They appear in the earliest forms of Celtic art, including cave walls, religious objects, architecture, fashion, etc. Lacking both a beginning and end, these knots are designed in a way that forms complete loops.

Mazes, seen again in many cultures and within many Celtic symbols, represents the journey through life that we each take. Celtic Knots take on many forms, but throughout each is commonality. The Celtic Knots can be very simple to very intricate and designed to set forth its own ideas.

Break Down of the Eight Celtic Knots

The eight Celtic knots are the Celtic cross, Trinity knot, Celtic love knot, Spiral knot, Dara knot, Celtic shield knot, Solomon’s knot, and the Celtic sailor’s knot. The explanations on these Celtic knot meanings below are from Irish Around the World. 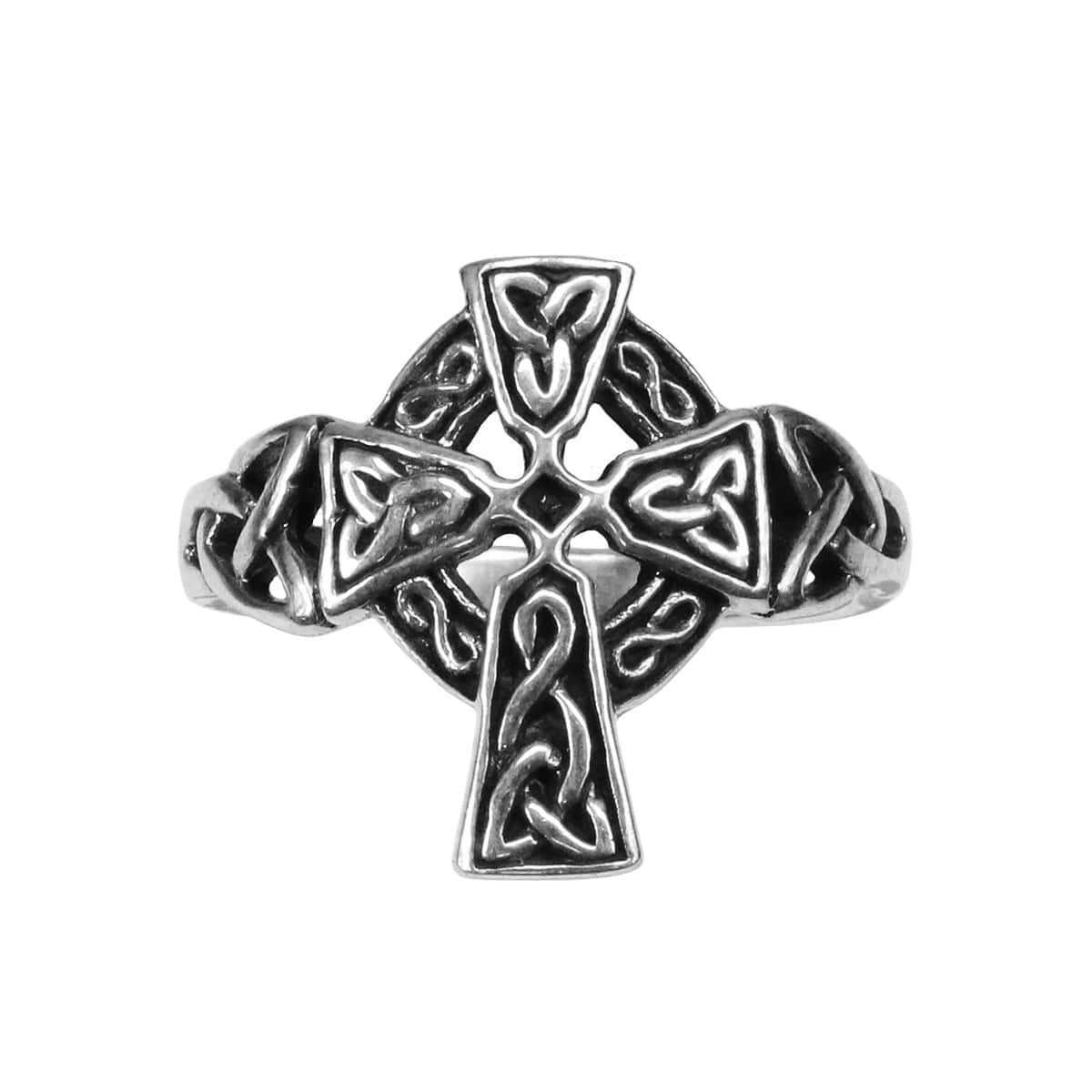 The Celtic cross dated back to the 9th century and adapted over the years from the Latin cross. The Celts added the ring to aid in support of the cross. The 1800s is when it was first named the Celtic cross.

The entangled and interweaving lace design reflects the ones seen on Celtic stone crosses and decorated manuscripts. 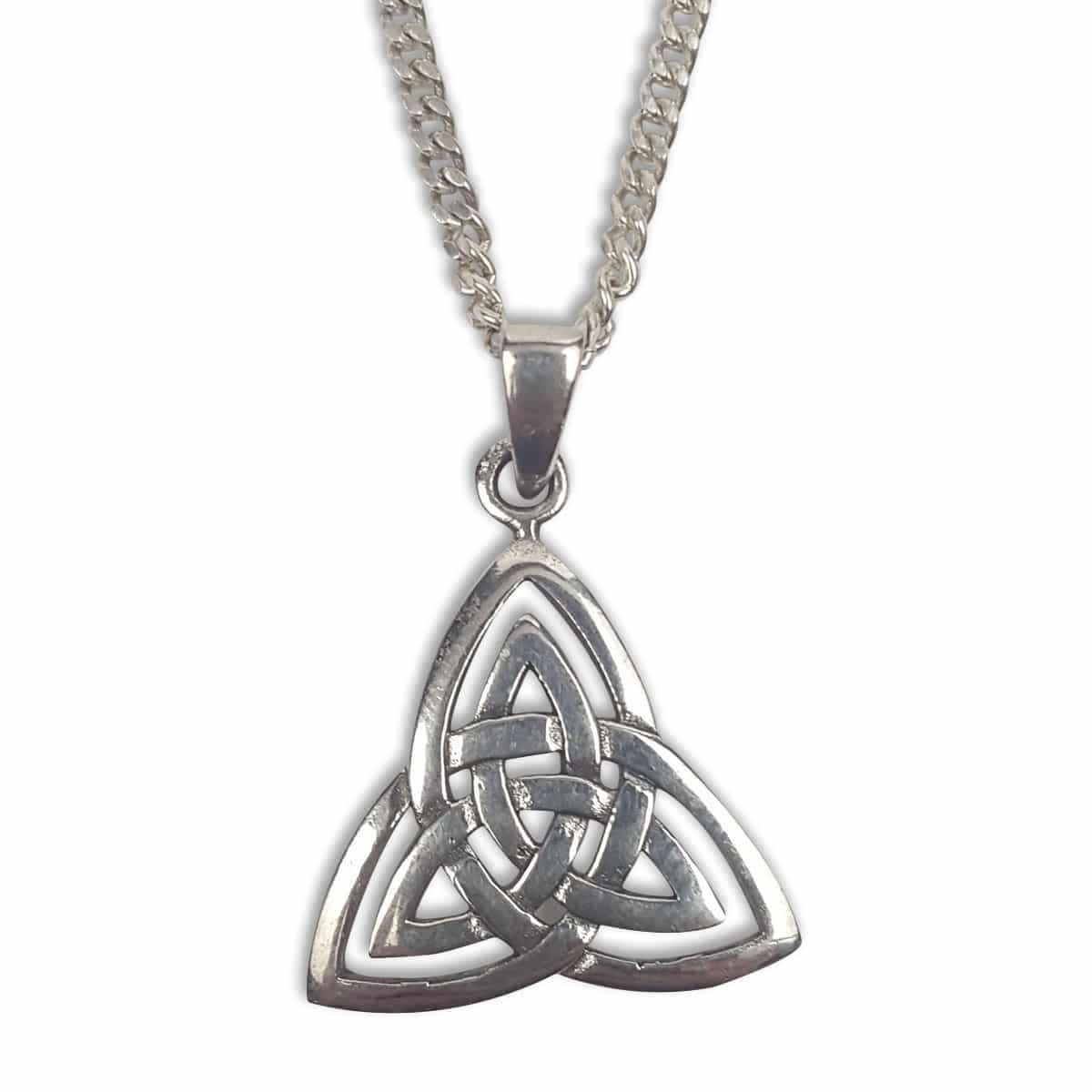 Known as the triquetra, the Trinity knot is the most recognizable. The Holy Trinity of Father, Son, and Holy Spirit symbolized by the three-fold knot. This knot is seen commonly in jewelry, decor, and tattoos. 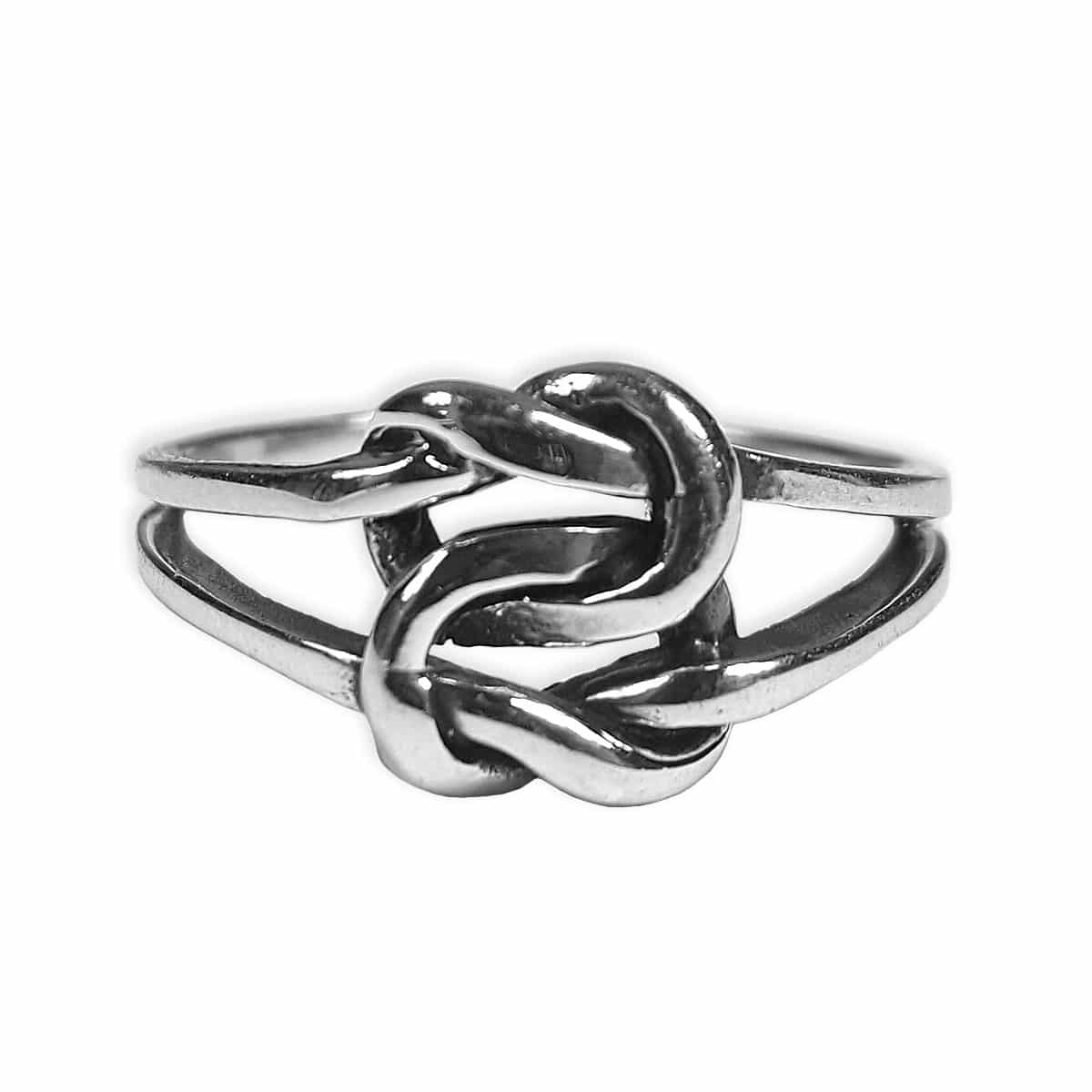 As you can guess by the name, the Celtic love knot represents shared love. The interlacing knots show the connection between two people. This knot, often exchanged amongst couples as we do wedding rings today. 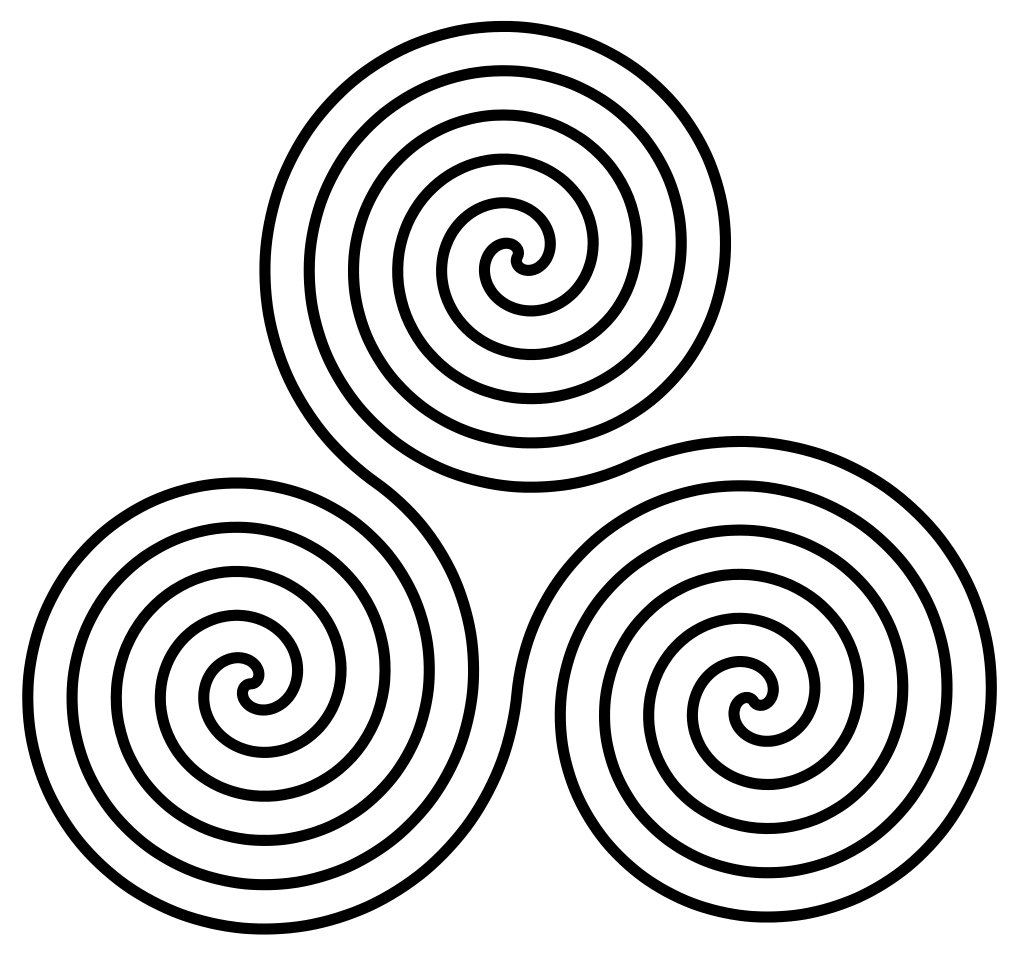 The Spiral knot goes by many names, derived from the ancient Greek word for three legs. The Spiral knot, also known as the Triskele or Triple Spiral, though simple in design, is one of the more complex Celtic symbols.

There are several sets of three the Spiral knot is said to represent: 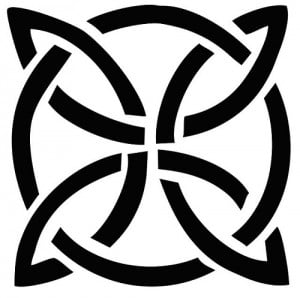 Dara comes from the Irish word doire, which means oak tree. The Celtic people saw trees as a connection to spirits and ancestors. Trees were a living gateway to other worlds.

The mighty Oak tree was the most sacred. The Dara knot is a newer modern design yet calls to its Celtic past for inspiration. The lines with no start or end showcase that we have our strong roots. 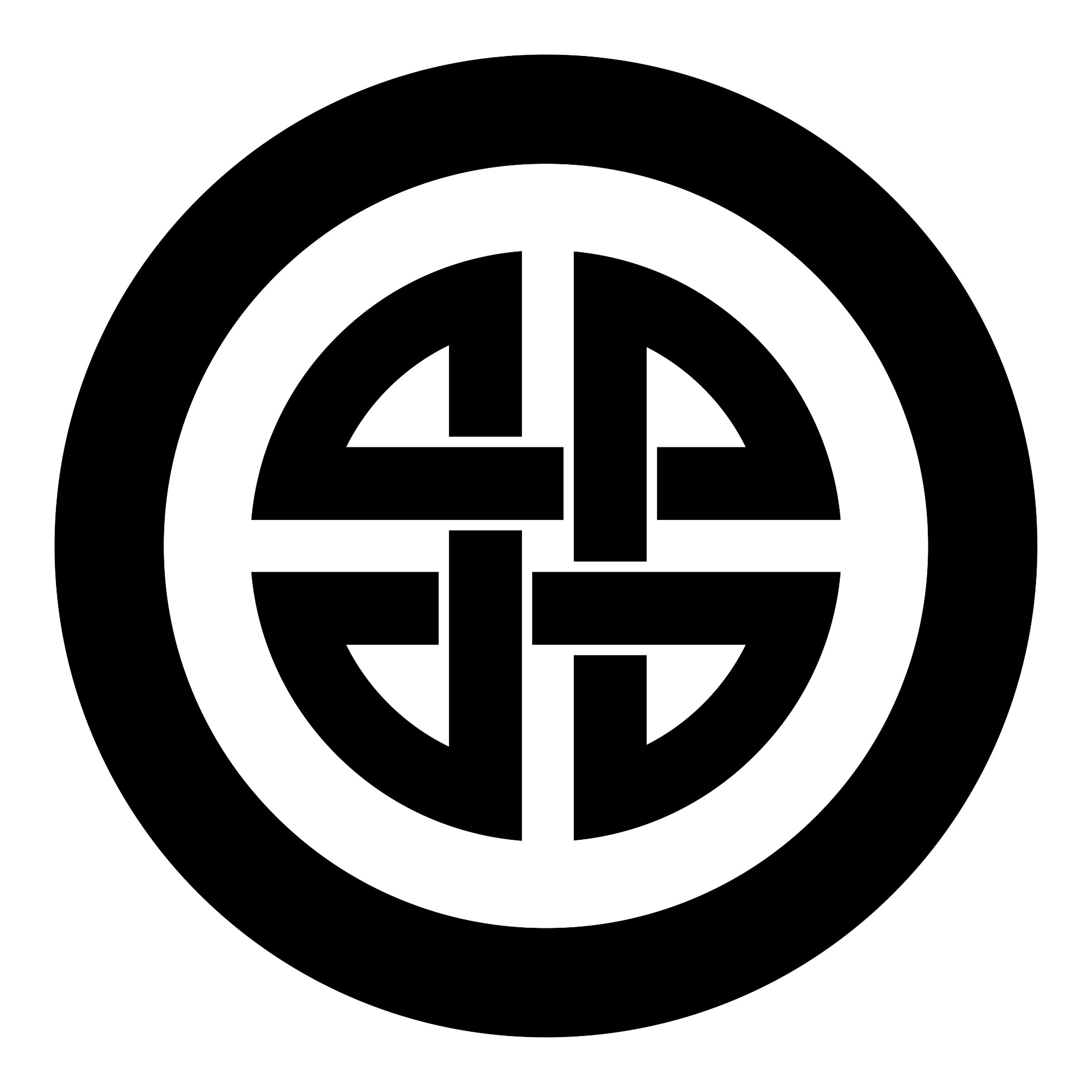 The Celtic shield knot simply means protection. Often brought to the battlefield and planted to safeguard the fighting soldiers. The knot’s protective properties include warding off evil spirits, especially for the sick.

This knot has many variations. The commonality to all variations includes the four corners and a tight pattern showing an unbreakable barrier. 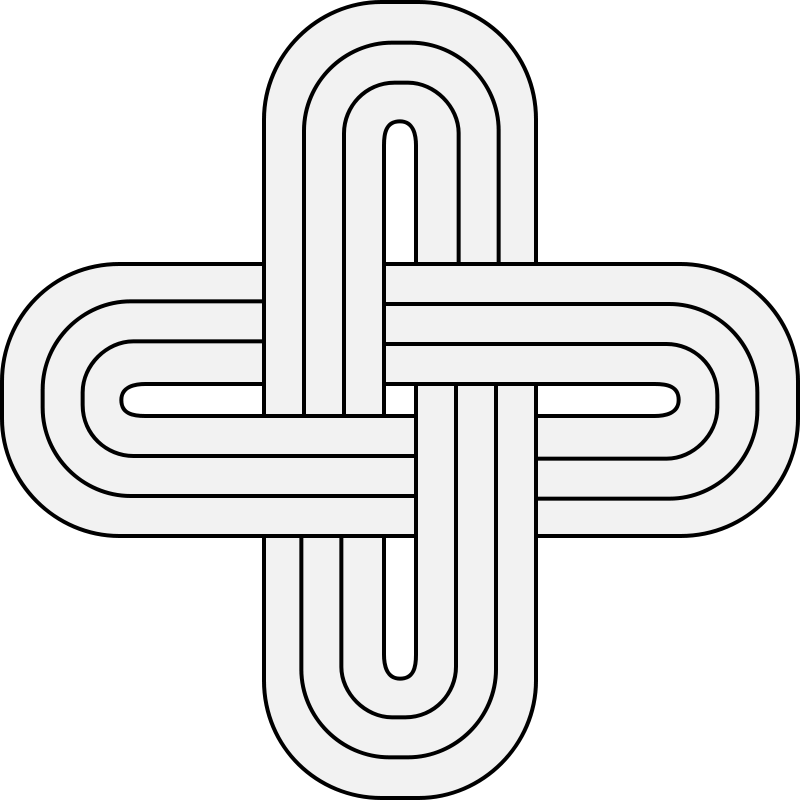 Solomon’s knot is one of the older symbols but does not garner much popularity today. Almost every culture has a symbol for the union of a man and the divine. This symbol is the Celtic version.

Why named after Solomon? King Solomon, in ancient times, is linked with divine appearances in places of worship such as synagogues. Once again, we see no beginning or end to the pattern, and in this case, indicating immortality. 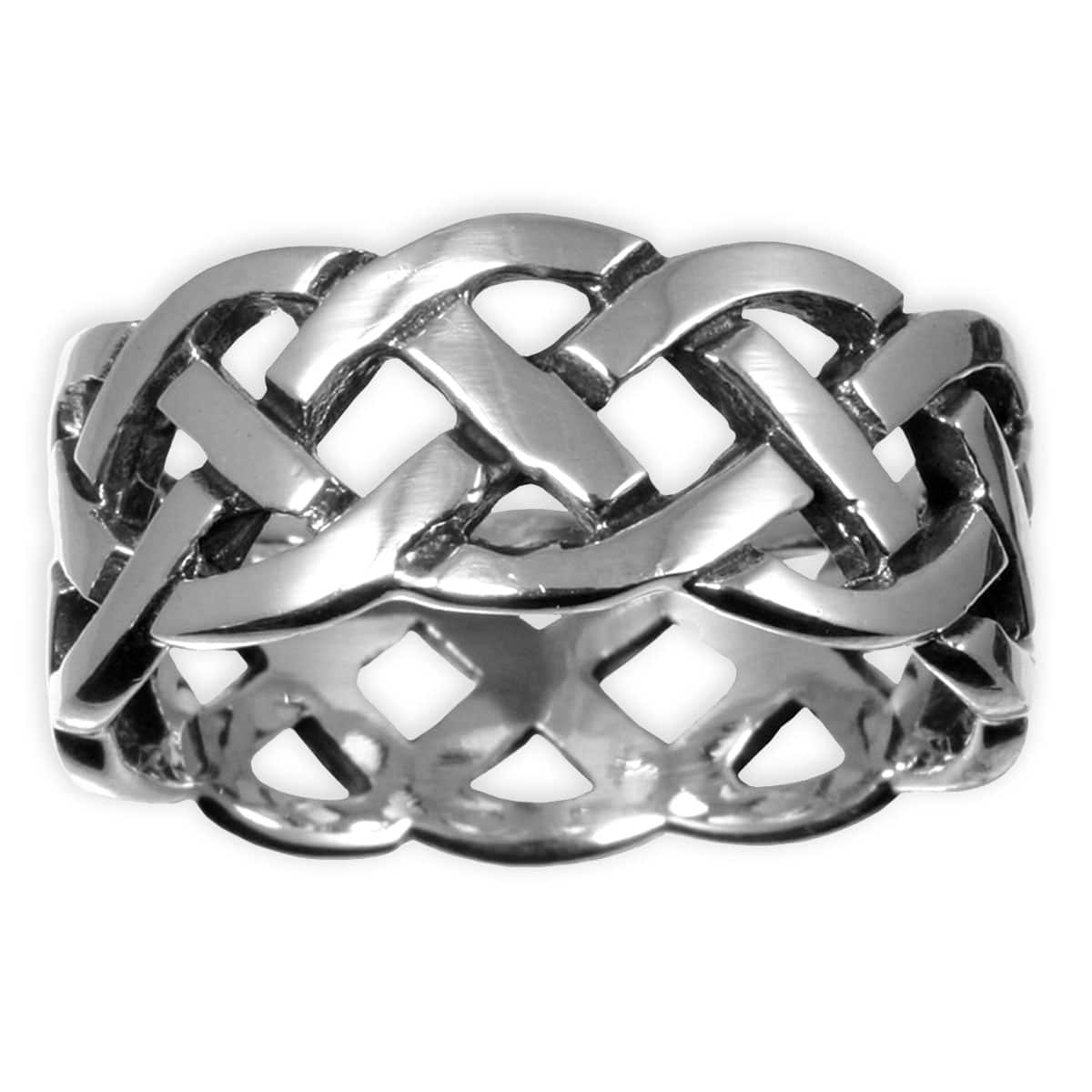 If sailors know one thing, it is how to tie knots!

The story goes that sailors, waiting to sail or while on their long voyage, tied and knotted two ropes as a remembrance for a loved one—the tied ropes, now a symbol of an unbreakable bond. The process makes some think of a rosary. As one can imagine, they offered up prayers for those dear to them as they tied each knot. 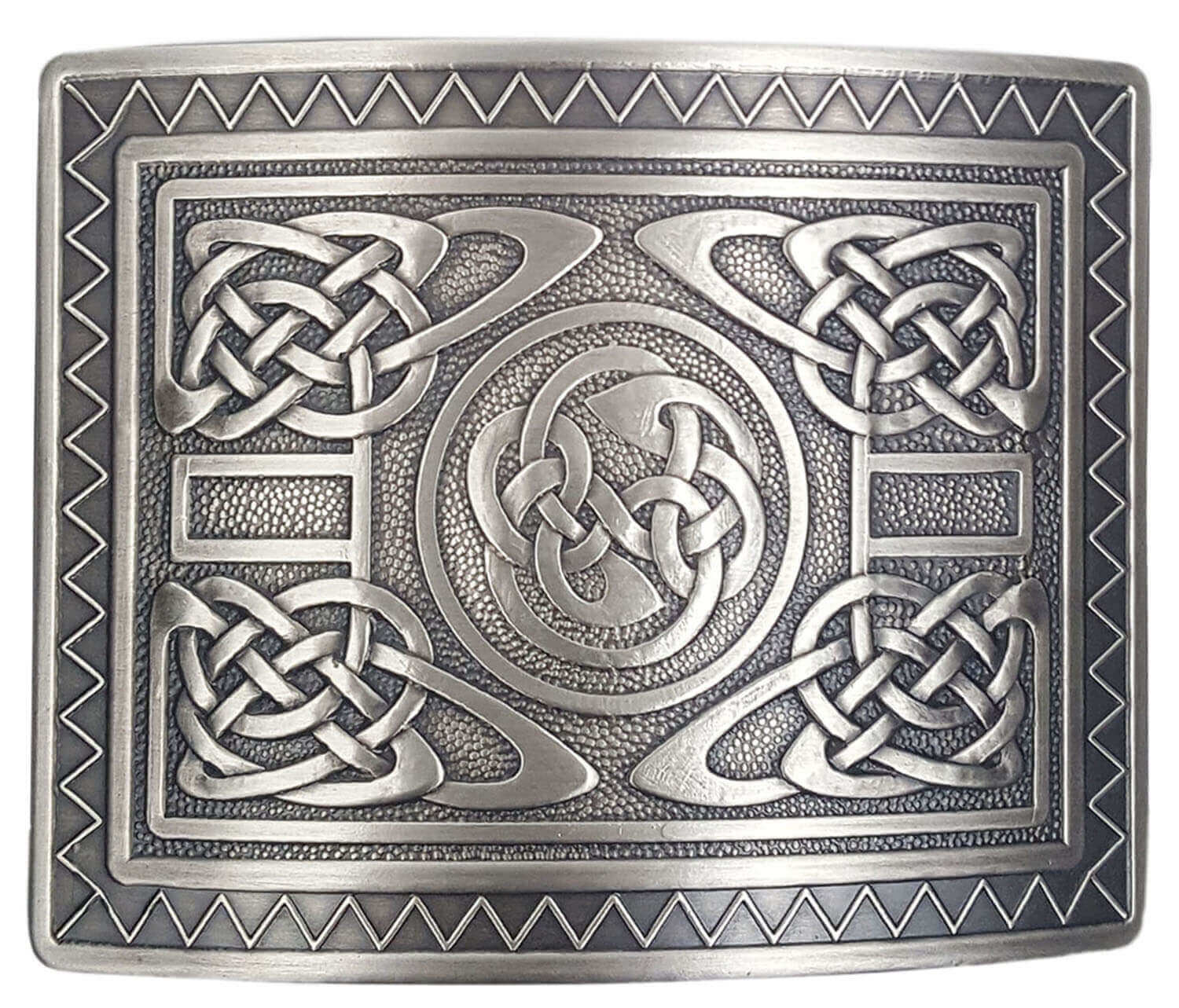 You may wonder why certain Celtic symbols seem to speak to you. Is it the design, or are you envisioning the meaning, as did ancient Celts? In truth, whatever idea you attach to the symbol is personal to you. There is no wrong interpretation.

Celtic symbols are all everywhere in the world, in many forms. Knowing the meaning behind them only enhances their power. We all have our favorites.

A great way to bring that meaning into your daily life is through jewelry, home decor, clothing, or body ink. Let your Celtic culture shine! 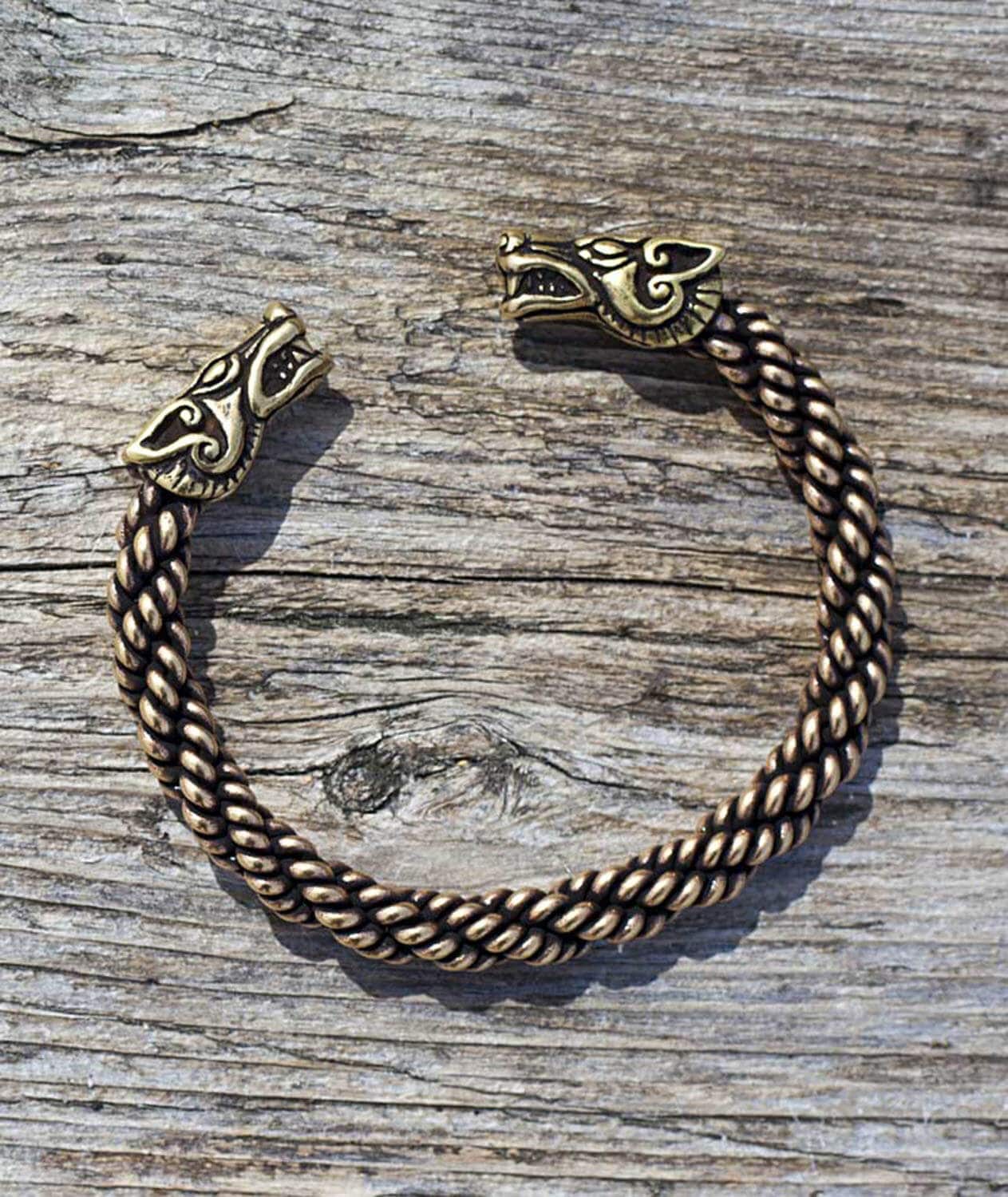 Why Did the Celts Wear Torcs? 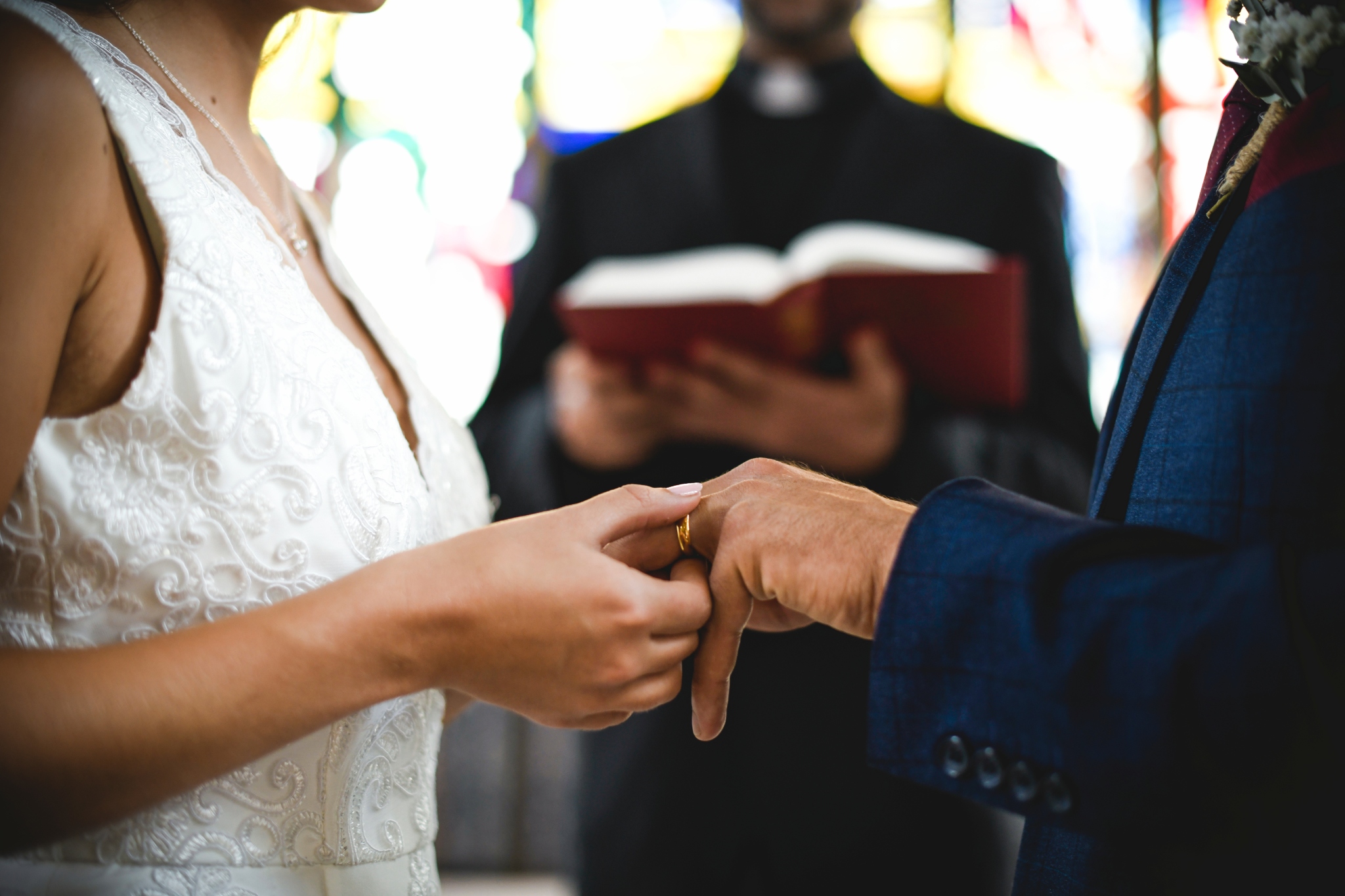 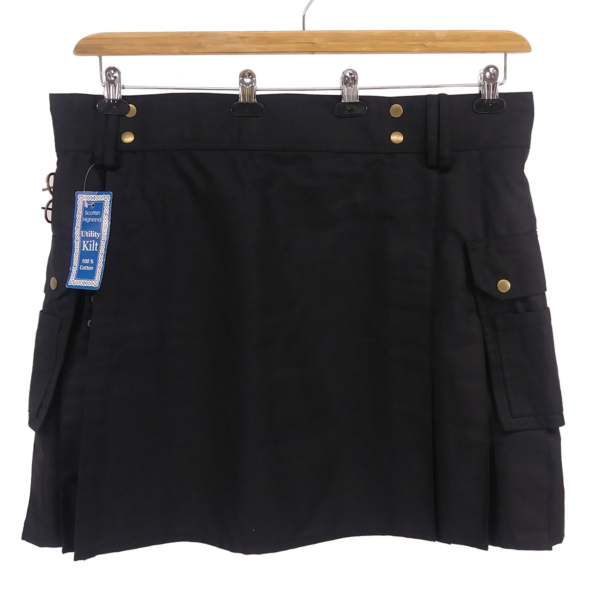 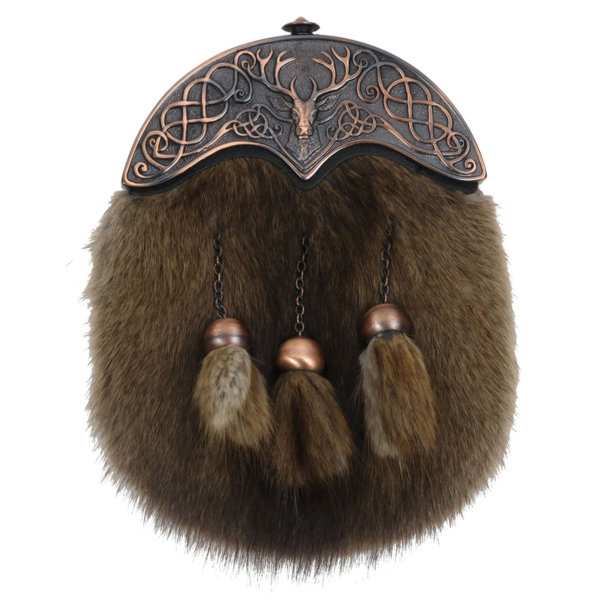 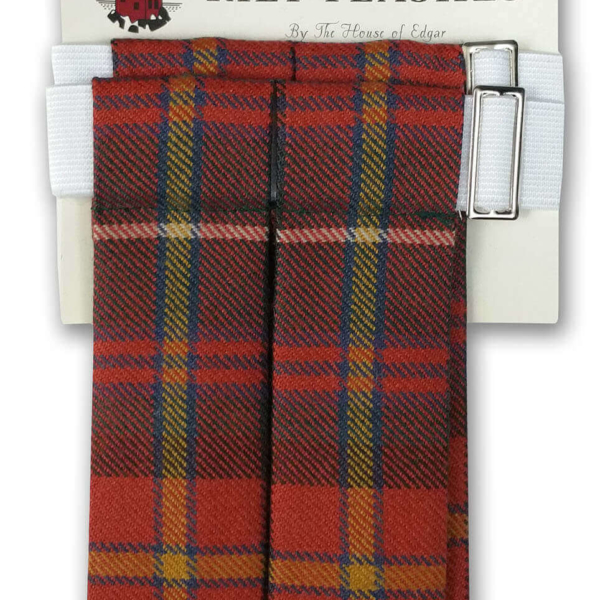 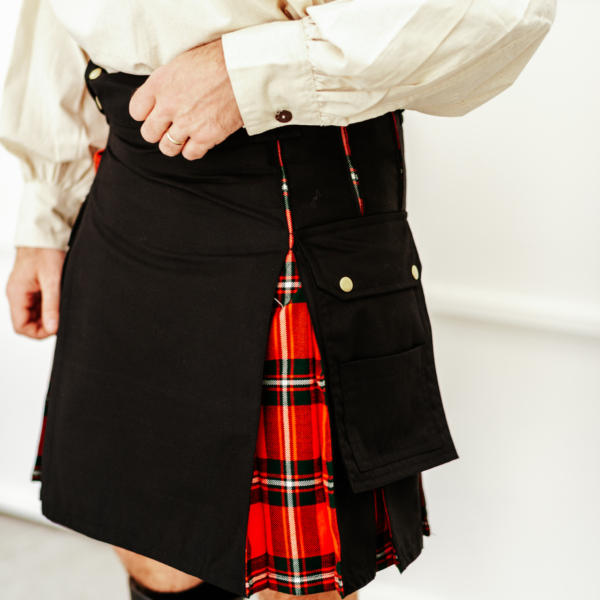