Everything You Need To Know About The Scottish Claymore 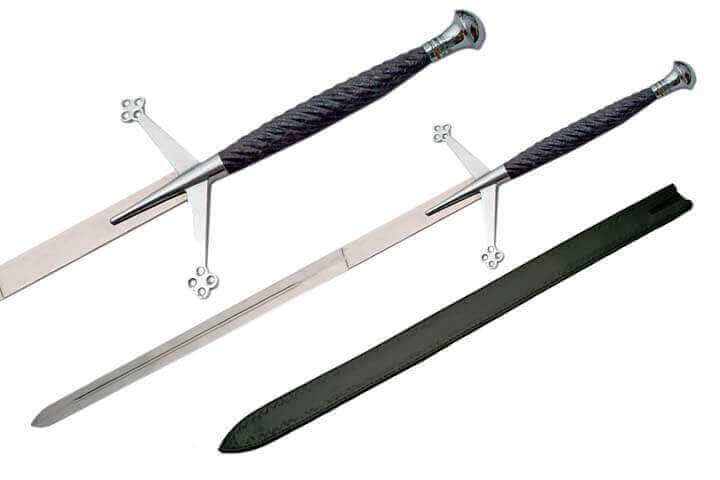 What is the Scottish claymore? It sounds like a simple question, yet the answer is anything but simple.

In fact, some Scottish scholars or others interested in Scottish culture get into pretty intense debates regarding the exact definition of the Scottish claymore.

But we’re here to educate, not debate! So let’s look at what is most commonly meant by the term claymore. 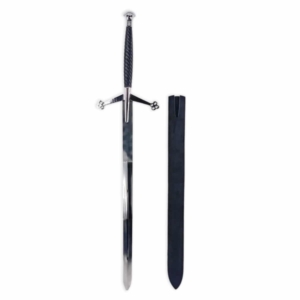 What is a Scottish Claymore?

Most generally, the word “claymore” refers to a sword. The term “claymore” is an Anglicization of the Scottish Gaelic word claidheamh-mòr, which means “great sword.”

The Scottish claymore dates back to 1350. It was one of only two swords that could cut through the heavy armor worn at the time. (The other was the Germanic Landsknecht sword.)

In Scottish sword-bearing tradition, the most common weapons were a two-handed greatsword and a one-handed basket-hilted broadsword. So today, the term claymore can be used to refer to either type of sword.

Talk Gaelic to Me

However, some scholars think that a claymore is precisely one or the other: a greatsword or a broadsword. The confusion comes from two other Gaelic words for swords, claidheamh dà làimh and claidheamh beag.

With this knowledge, some people argue that claidheamh-mòr translates more accurately to “broadsword.”

Let’s take a closer look at both of these Scottish swords. 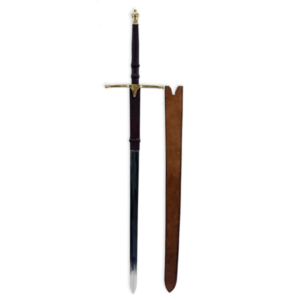 The two-handed greatsword was a very popular weapon choice from roughly 1400-1700.

(Actually, a variation of the two-handed claymore dates as far back as the Wars of Scottish Independence — you know, that thing with William Wallace and Robert the Bruce — but they were smaller and designed slightly differently.)

The Scottish greatsword was different from other two-handed swords of the era in a few ways.

First, it was longer than most other two-handed swords. Because of this length, some scholars believe Scottish two-handed swords evolved from the longswords used during the Medieval period.

The size of this type of Scottish claymore is serious business!

The average two-handed claymore measures about 55 inches in total length. Forty-two inches of that length is the blade — that’s right, three-and-a-half feet of sharp, deadly steel. The grip claims just 13 inches of length.

And you’ll need to take some inspiration from Popeye and eat your spinach in order to wield it. On average, a two-handed claymore weighs about 5.5 pounds.

Remember: that’s the average. The largest two-handed claymore on record comes in at over 22 pounds and nearly seven-and-a-half feet! The two-handed Scottish claymore also tends to have a particular design look.

The pommel, or enlarged part at the end of the sword to keep it from slipping out of your hand, is often a wheel pommel. It may or may not be capped by a crescent-shaped nut.

The guard usually has straight quillons, or arms, that slope forward and end in quatrefoils (a cloverleaf design). The langets, or reinforcing bars, commonly extend from the hilt or guard of the sword onto the blade.

A lesser-known two-handed Scottish claymore is the clamshell hilted claymore. It’s called a clamshell because of two round, concave plates on the crossguard (to protect the user’s grip). They look like a clamshell on the sword!

The clamshell claymore also has arms that curve down from the guard. These features show the influence of military designs from England in the 16th and 17th centuries. 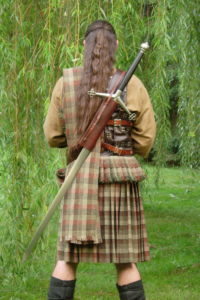 The Basket-Hilted Broadsword & The Highland Charge

Basket-hilted broadswords were common in many countries, not just Scotland. However, the Scottish people adapted the sword to suit their needs better.

During the 17th and 18th centuries, the broadsword was a popular choice for swordsmen. The broadswords in Scotland featured a basket-shaped guard that came down over the hand to protect it.

Because it’s smaller than a greatsword, the basket-hilted broadsword is an excellent weapon choice for fighting in close quarters. It’s also well-suited for thrusting.

One reason this type of claymore has become so closely associated with Scottish culture? It led to the evolution of the “Highland Charge.”

In 1746, troops armed with broadswords had to get close to the British soldiers in order to attack them. So they would charge, full speed ahead, to get to the enemy!

Most of the soldiers on the battlefield then carried basket-hilted broadswords, or claymores.

The basket-hilted broadsword was especially popular during the Napoleonic Wars. The broadsword claymore became a symbol of the Scottish fighting spirit.

Scottish troops were so attached to the broadsword that they kept one as part of the uniform well into the 19th century.

The Scottish broadsword claymore can be decorated in various ways. Often, warriors would bear swords featuring regimental pride. A claymore used by troops in 1863 could even be disassembled! You could remove the hilt and replace it.

Some broadswords were made in England, but many were made in Scotland in cities like Edinburgh, Canongate, Glasgow and Stirling. (Stirling is now home to William Wallace’s sword if you’d like to see it in real life!)

The Claymore: A Symbol of Scottish Culture

There are many different weapons used by Scottish troops throughout history, but none is as iconic as the claymore.

The claymore is the weapon most people picture when they envision a man in a kilt charging ahead toward the enemy. (Thanks in part to a particular Scottish movie featuring Mel Gibson!)

But it’s so much more than that…

The claymore has become a symbol of Scottish pride, Scottish heritage, and the fearless Scottish fighting spirit. 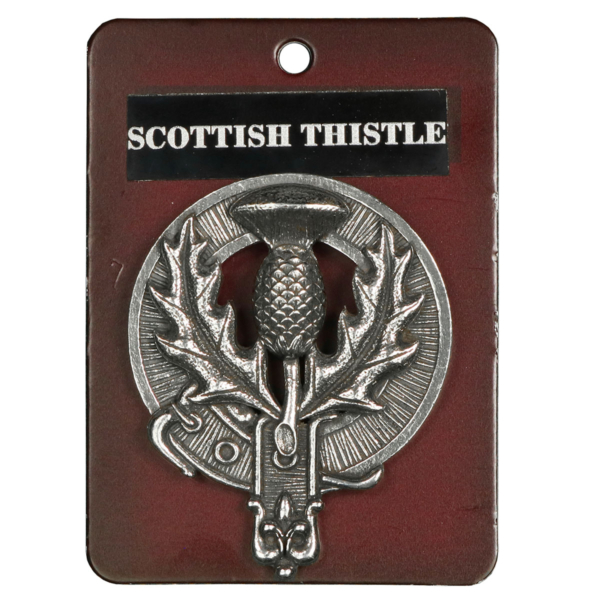 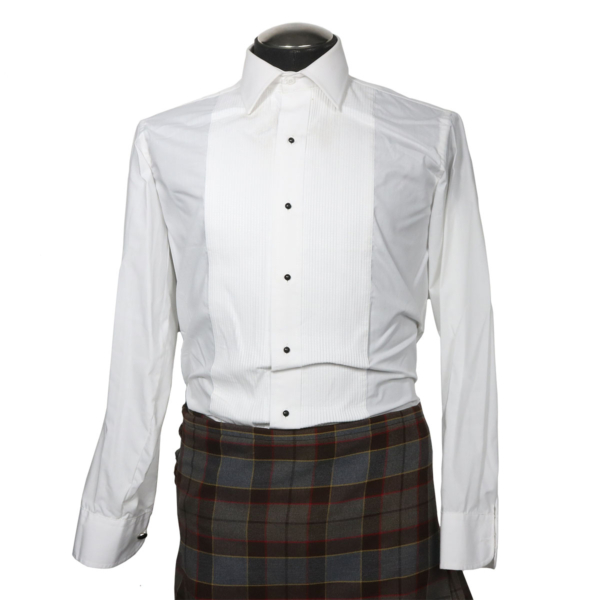 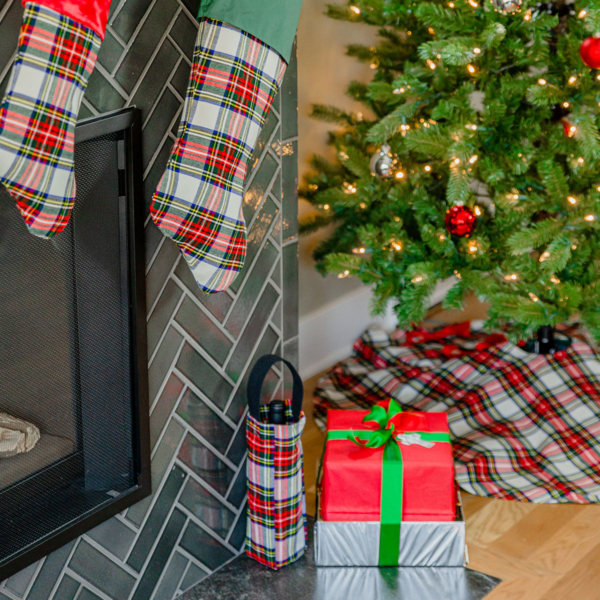 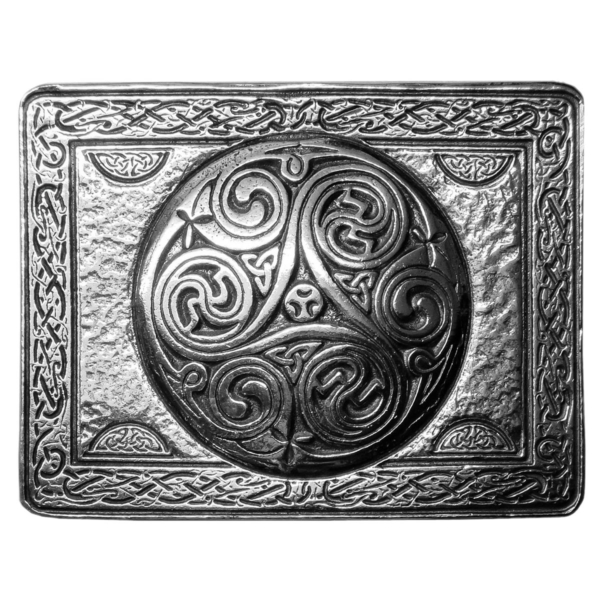