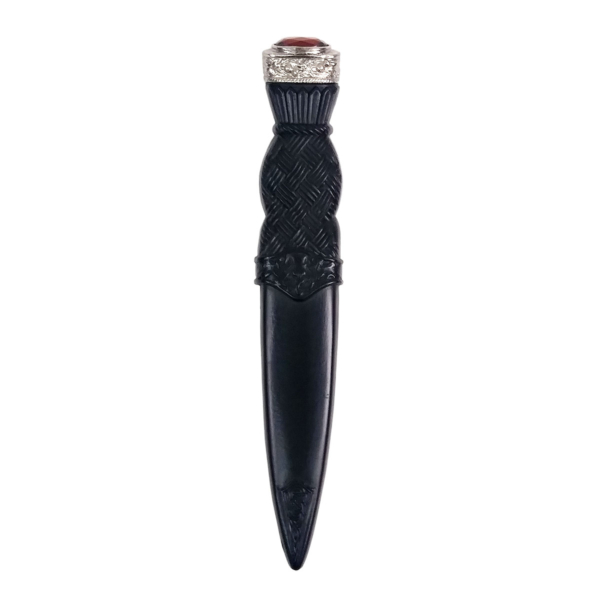 Our Jeweled Safety Sgian Dubh gives you all the look and none of the edge. It’s hard to like a fake sgain dubh, but it’s a nice option to have if you know you are going to be somewhere that the real thing isn’t allowed. It’s worth mentioning that drunken groomsmen are less likely to get themselves into trouble if you have given them fakes! Find this Scottish toast on the back: “Here’s to the heath, the hill and the heather, The bonnet, the plaid, the kilt and the feather!” Made in Scotland with 5 different color tops available! Amethyst is typically in stock; other colors need to ship to us from Scotland. 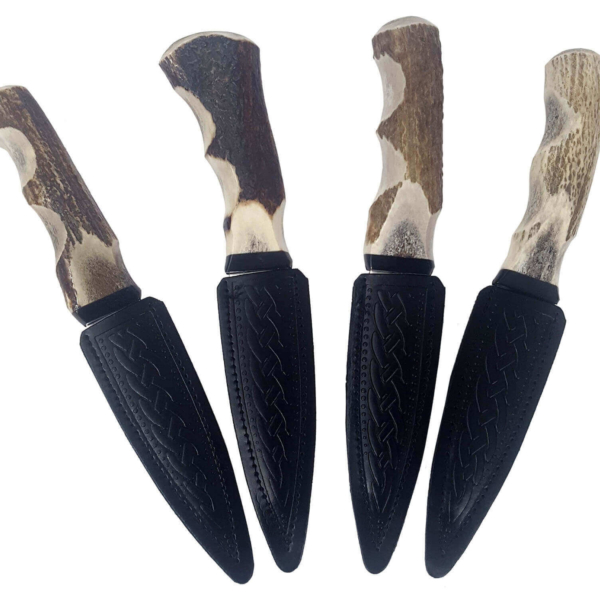 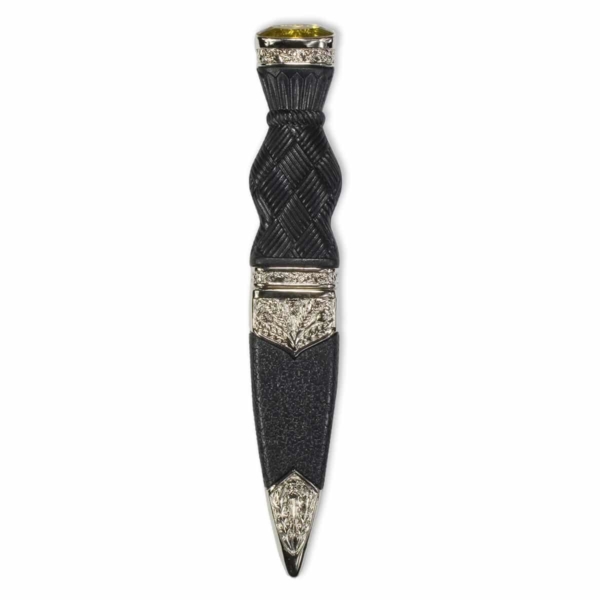 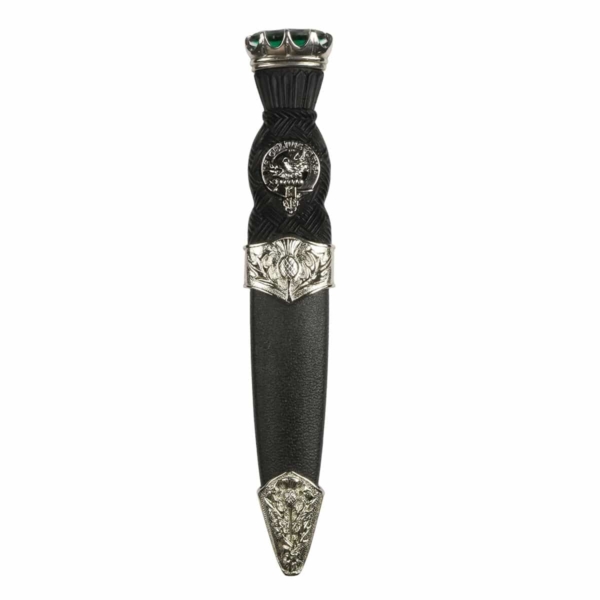 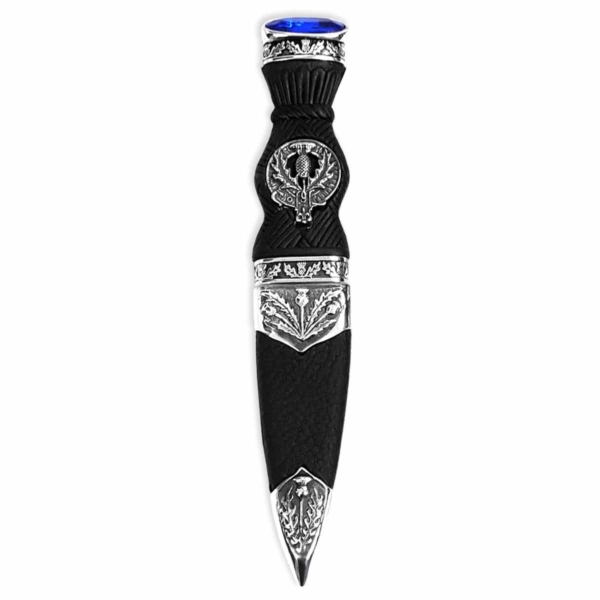