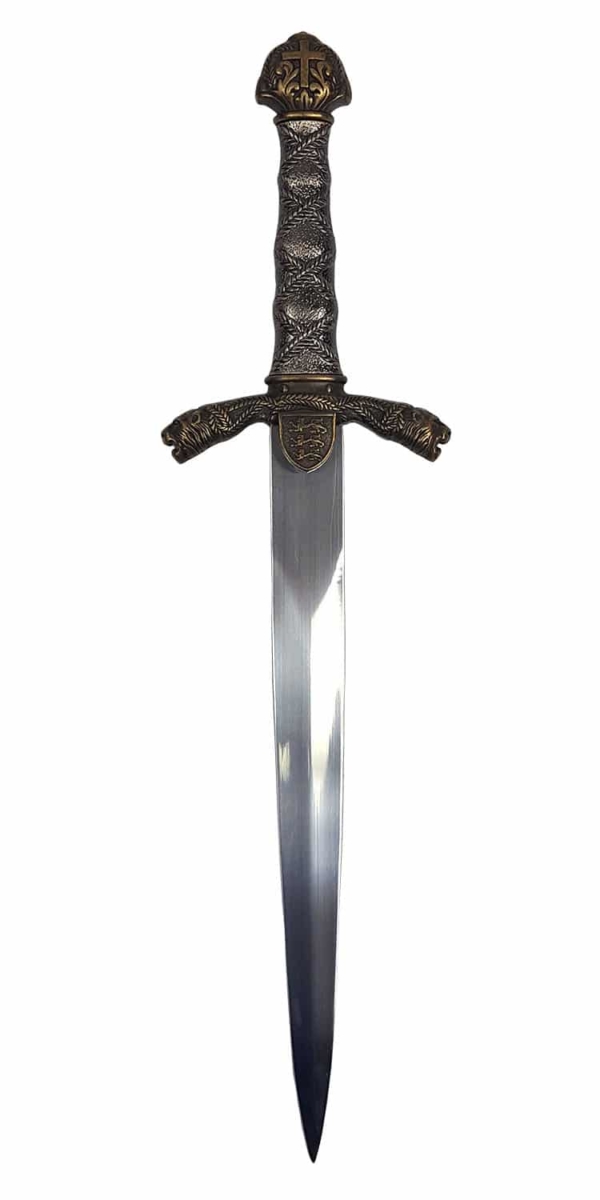 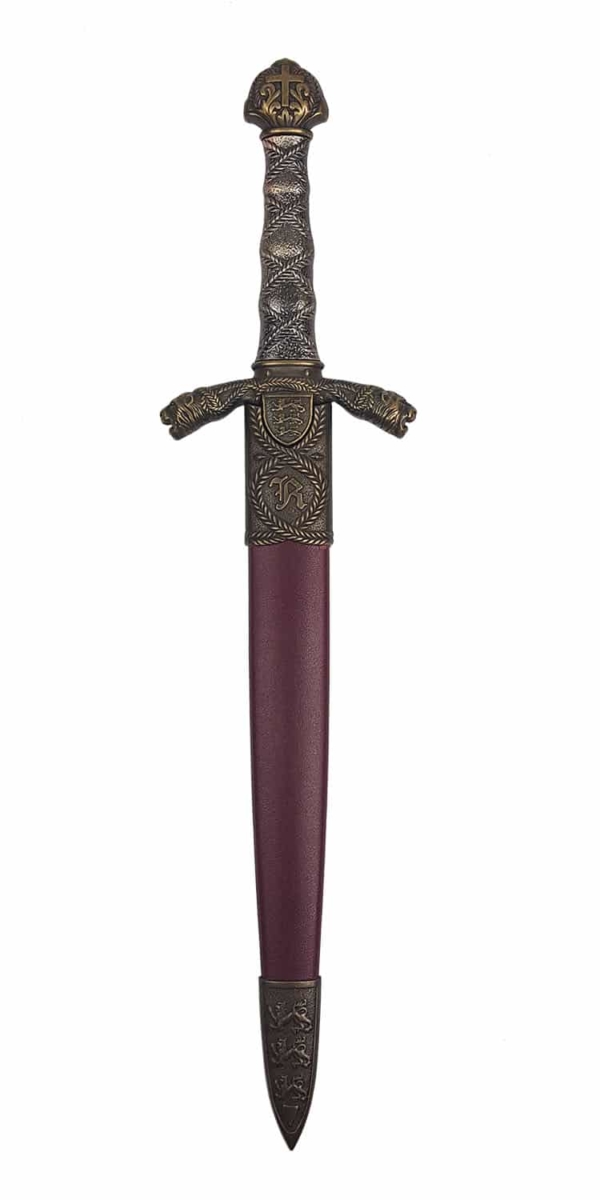 This English Knights Dagger comes with an equally decorated, maroon-colored sheath. This blade makes the perfect costume and decorative piece of weaponry, because it has dull edges. The English design elements, such as the crest, best suits English themed costumes. However, it could easily pass as a Scottish weapon, and fit in with other medieval-themed cosplay or interior design. The quality metal materials give the dagger some weight to it.

The Design in Detail

This heavily ornamented dagger comes with an equally decorated, maroon-colored sheath. The brass pommel has a central cross on both sides surrounded by a laurel wreath and filigree. The metal grip has slight indentation where your fingers fit to its form. A decorative laurel design wraps around the grip and crisscrosses to form four crosses. Each of the two terminals of the brass cross-guard takes on the shape of a lion’s head. The body of the cross-guard features a laurel tendril that, like a rope, ties the two lion heads together. The rain-guard takes the form of a heraldic crest with three lions.  This crest is called Royal Arms of England, and also known as Arms of Plantagenet. The King of England used this crest from 1198 until 1340. The same crest also resides on the chape of the sheath. The locket of the sheath has a capital “R” written in the style of medieval calligraphy. Even more laurel strands surround this letter “R” on the locket. This “R” can stand for “royalty”, or even your name! Lastly, the shiny, stainless steel blade has two dull edges.

Be the first to review “English Knights Dagger” Cancel reply 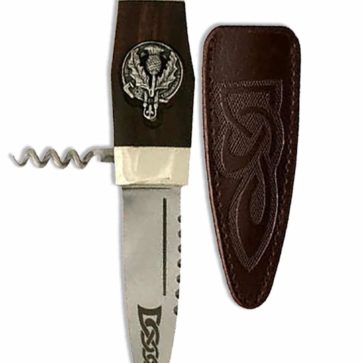 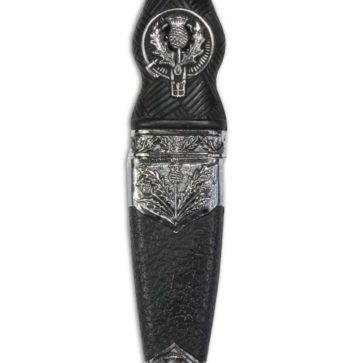 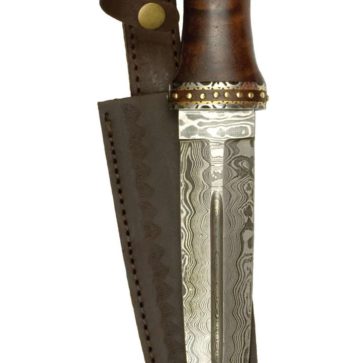 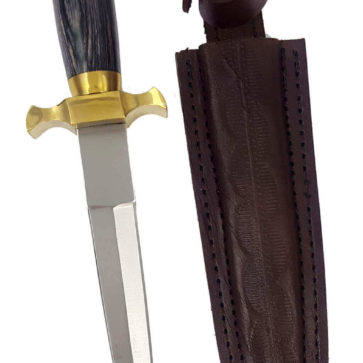