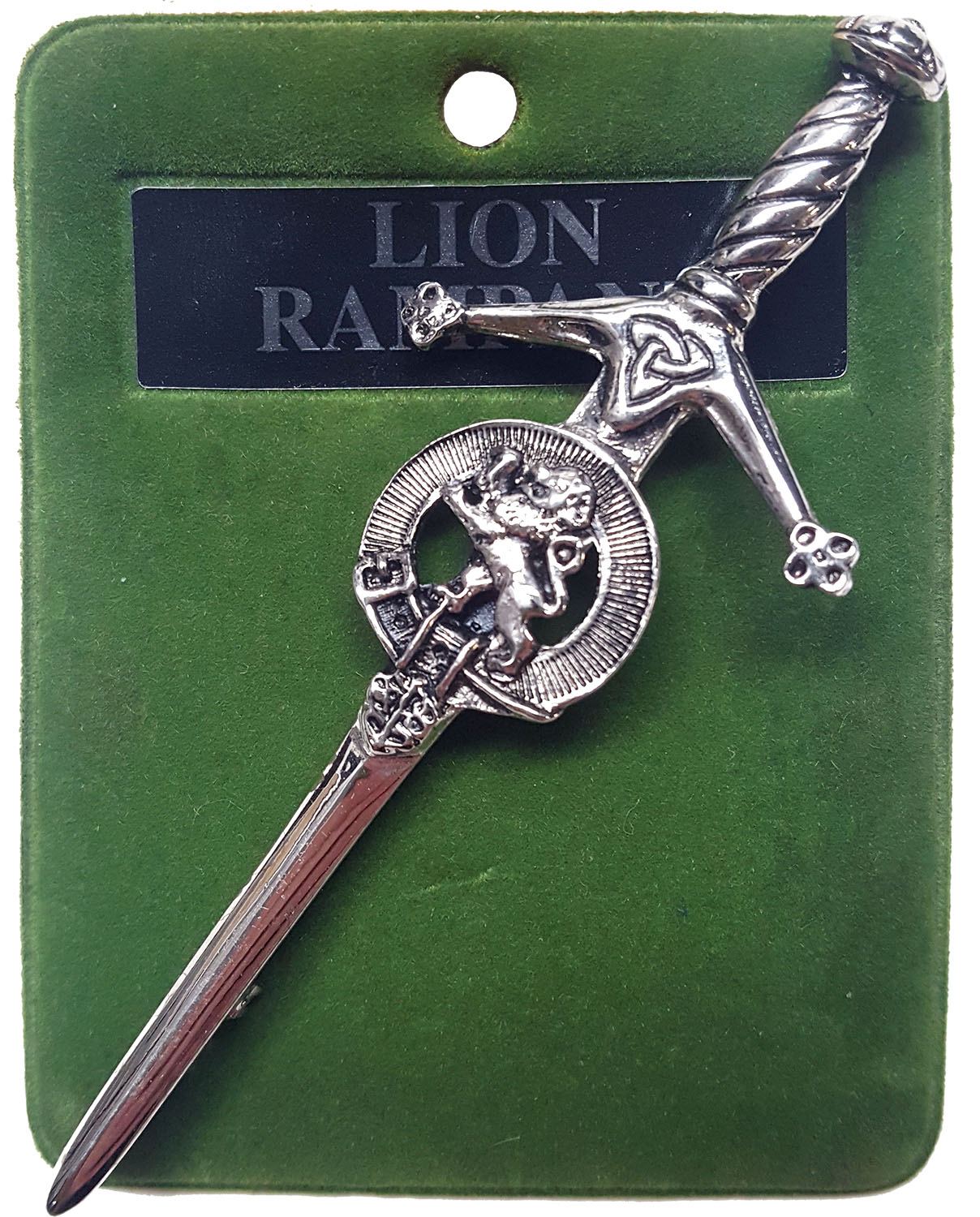 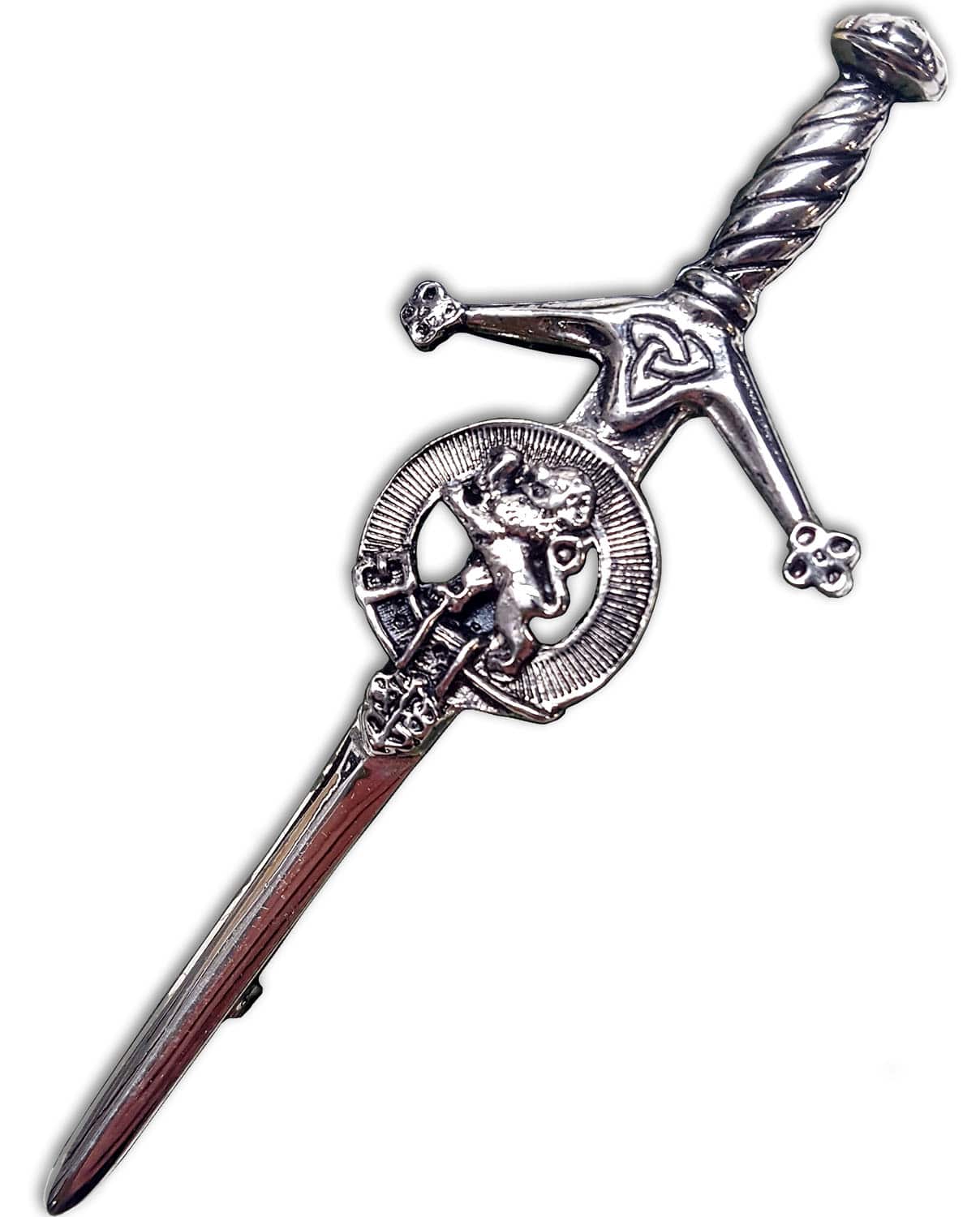 Art Pewter Ltd. made this Rhodium Plated Pewter Kilt Pin in Scotland. Scottish craftsmen cast it in solid pewter, rhodium plate it, and hand polish it for a shiny finish. Measures 3 5/8″ long.

About the Rampant Lion

The fierce rampant lion is often considered the unofficial national flag of Scotland. The symbol of the Rampant Lion resides on the back of the seal of the Guardians of Scotland from 1286 AD. It also decorated the Standard of the Earl of Douglas in 1388 AD. This kilt pin featuring the Rampant Lion is the perfect way to show your Scottish pride!

Lions in Heraldry Around the World

The lion historically roamed the African continent and parts of the Middle East and Western Asia. Yet, this majestic animal influenced many kingdoms outside of that region. The lion has appeared on English, Scottish, Norwegian, Indian, and Chinese sculptures, paintings, money, and heraldic crests to represent royalty or nobility. It most often represents the king himself, as the lion has several characteristics that a king should embody. Emperor Ashoka, ruler of India from 268-232 BCE, erected pillars with lion capitals across his very large empire. Some commemorated his visit to the locations they stood. The first use of the lion by English royalty was a seal with two lions passant used by King John in the 13th century. 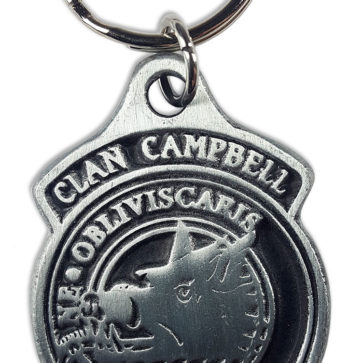 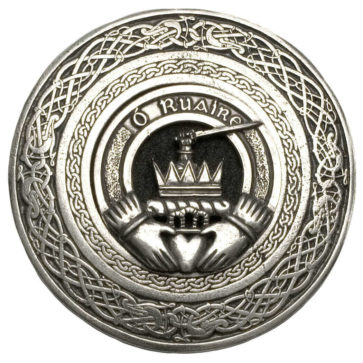 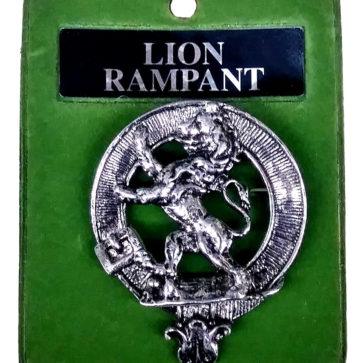 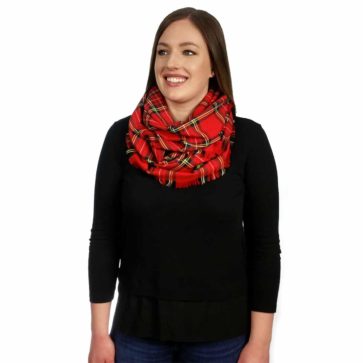 Made from poly/viscose tartan fabric woven in the UK. Made in the USA.

Available in two different sized (Thin and Long, or Wide and Short) with or without a crisscross on the scarf.