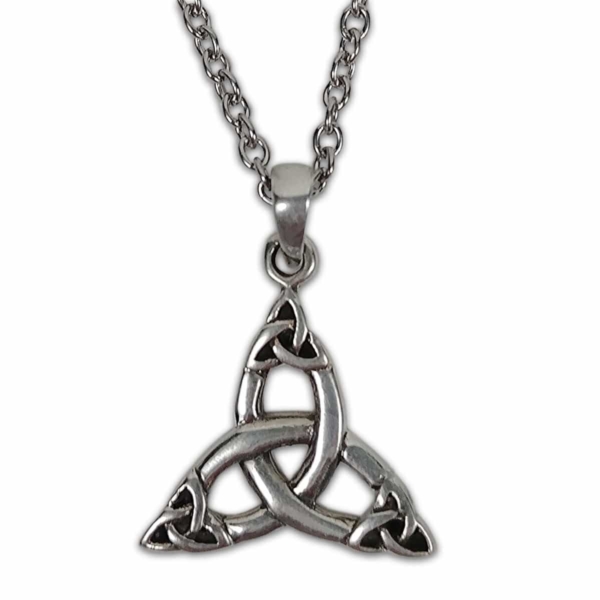 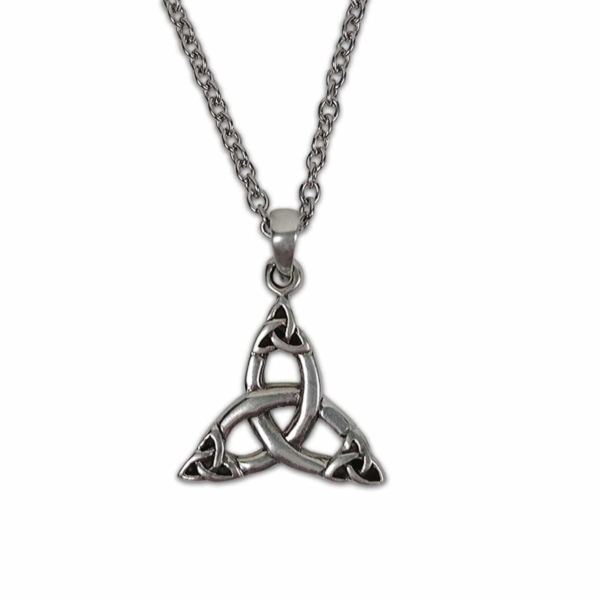 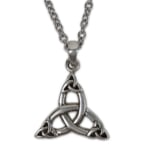 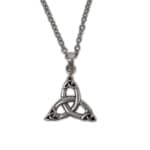 This Sterling silver pendant Comes with an adjustable 18″ x 20″ Stainless Steel Chain and measures 7/8 inches wide and 1 1/4 inches long. Featuring a larger triskle with another smaller triskle knot at each of its corners.

Believed by many to be an ancient symbol of pre-Celtic and Celtic beliefs, the triple spiral appears in various forms in pre-Celtic and Celtic Art with the earliest examples having been carved on pre-Celtic stone monuments, and later examples found in Celtic Christian art. It is also believed that the triskelle/triskel represents the three faces of the Goddess (virgin, mother, crone) and was later adopted to represent The Holy Trinity.

Be the first to review “Triskle Trinity Necklace” Cancel reply 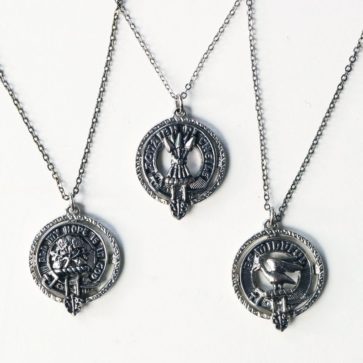 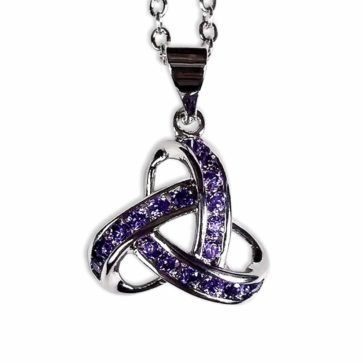 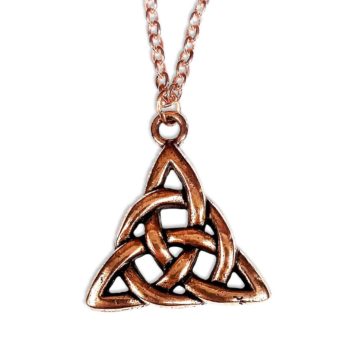 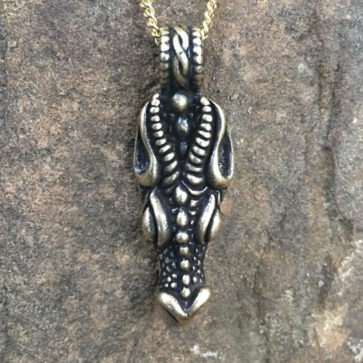