No matter where in the world you are from, there are a few things synonymous with Scotland. When picturing the land of the brave, certain elements will always spring to mind: tartan, clan symbols, and, of course, kilts. But military kilts? What is all that about?

The association of kilts with Scotland goes back for centuries, but they are primarily remembered as decorative, ceremonial dress items. Less is known or understood about the other essential purpose served by kilts: military apparel.

The 20th century status of these traditional items is fascinating. Closer inspection tells a story and offers a useful insight into the humble kilt’s status and authority. 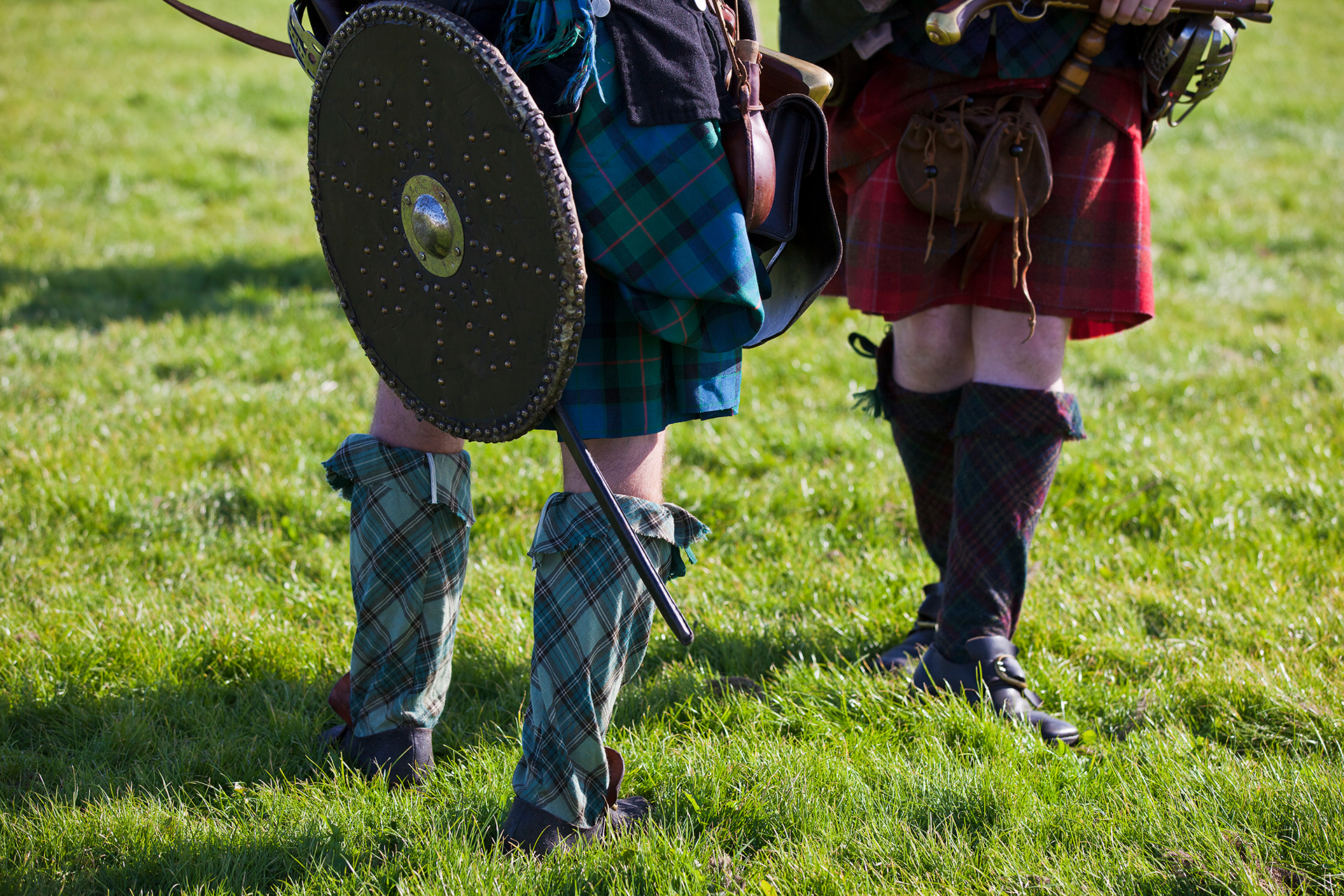 Where Did Kilts Come From?

The origin story of kilts in Scotland is a fascinating one, and, as you may expect, is a tale centered around battle. The style originated with savages and was the preferred attire of the so-called ‘savages’ of the Scottish Highlands. The cold climate meant that a woven woolen cover was preferable, and many clans used their tartans as markers of identification.

Over time, the tradition was adopted by tribes and clans in the Lowlands. Once again, the distinctive tartan design offered a great way to distinguish friend from foe in battle. Over time, the design changed, becoming shorter and more skirt-like until today’s familiar style emerged.

By the time of the Great War, many Commonwealth forces had adopted the kilt as a critical element of their uniform. Once again, the garment was also popular in the field, with several designs and tartans gaining particular fame.

The Royal Highlanders donned a Black watch tartan, while the Seaforth Highlanders favored a MacKenzie tartan. Cameron and Gordon Highlanders celebrated their namesakes with the Cameron and Gordon tartans, respectively. Other famous examples included the Hodden Grey kilt of the London Scottish, 14th Battalion, and the Dandy Ninth of the Royal Scots.

The kilt had become more than merely a garment of war and battle by this point; its meaning transcended mere conflict. Instead, it had become a symbol of rank and affiliation, of loyalty and identification. The design you opted to don told an outsider almost everything they needed to know about which side you were on.

As the perception and primary purpose of kilts evolved, so did the creation and design. The original format was a ‘feileadh mor,’ or ‘big wrap,’ which emerged in late 16th century Scotland.

As the name suggests, this was a large, belted plaid, designed to cover the majority of the body if desired. The adoption was primarily in the frozen Highlands, where adverse temperatures made warmth a key priority.

The so-called ‘big wrap’ consisted of a section of woolen cloth, around four to six yards long, and two yards wide. The item was worn by laying the cloth on the ground, before gathering it in folds, with a plain section at either end.

The wearer lay upon the fabric, with the selvage at knee height, and used a belt to secure it around his waist. This wearing leads to a lower ‘skirt’ section, with a loose upper part to be draped around the body.

An alternative method would have been to gather the pleats while standing. The wearer could then wrap the fabric around the body, and secure it before making final adjustments. The truth is likely to be somewhere in the middle and could have varied from clan to clan.

Over time, the length grew shorter, until we reach the familiar item today – essentially, the lower half of the garment described above. The longer design may have been deemed impractical and cumbersome, but it is also likely due to a change in fabric fashions. Looms changed from warp-weighted to horizontal, which offered a narrower width. 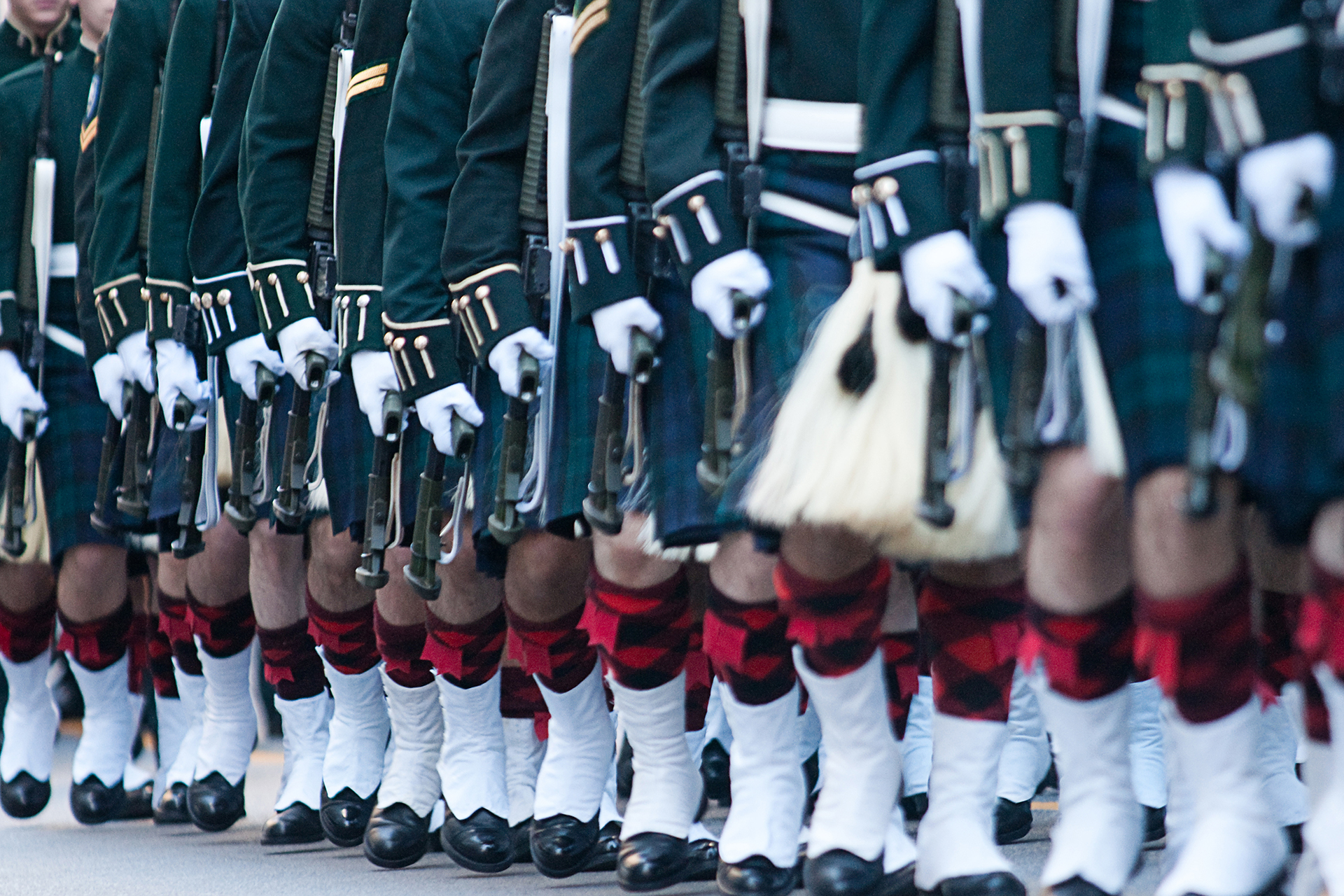 As the kilt grew shorter, history and politics took their toll on the design. The Jacobite Uprising of 1745 saw a rebellion as the Jacobites attempted to gain the English throne for the final time. The Battle of Culloden of 1746 saw the group’s defeat by the Duke of Cumberland, and an attempt followed to pacify the Highlands.

As you may expect, this started with war and battled, but soon took a more subtle form. The traditional Highland costume was banned, deemed too savage, and this was known as the Diskilting Act. The ban applied to all those with the exception of the armed forces.

The Highlanders retained their belted plaid but now added a red coat in respect of the British Army. The jacket was adapted, cut at the skirt to reveal the kilt beneath. Over time, this adapted and changed until 1810, which saw the belted plaid replaced with a familiar kilt.

As the style of the military kilt changed, so too did the dress of civilians. It has been argued that by preserving this Highland’ costume’ in the armed forces, the image was kept alive across society. Fashions and trends came and went, but the security of the kilt remained consistent throughout the military.

The End Of An Era

The popularity of kilts continued right through the Victorian era. Here, the general public took their lead from the Queen herself, a woman famous for an array of tartan designs. Association with the nobility and military made kilts a fashionable wardrobe addition, which so-called ‘commoners’ were keen to emulate.

This trend continued right up to the start of the Second World War, in which the decision was made to abandon kilts as combat dress. The garments were considered impractical in a warfare situation and became officially obsolete in the first year of the war. However, their memory has lived on, and they form an essential element of ceremonial dress to this day. 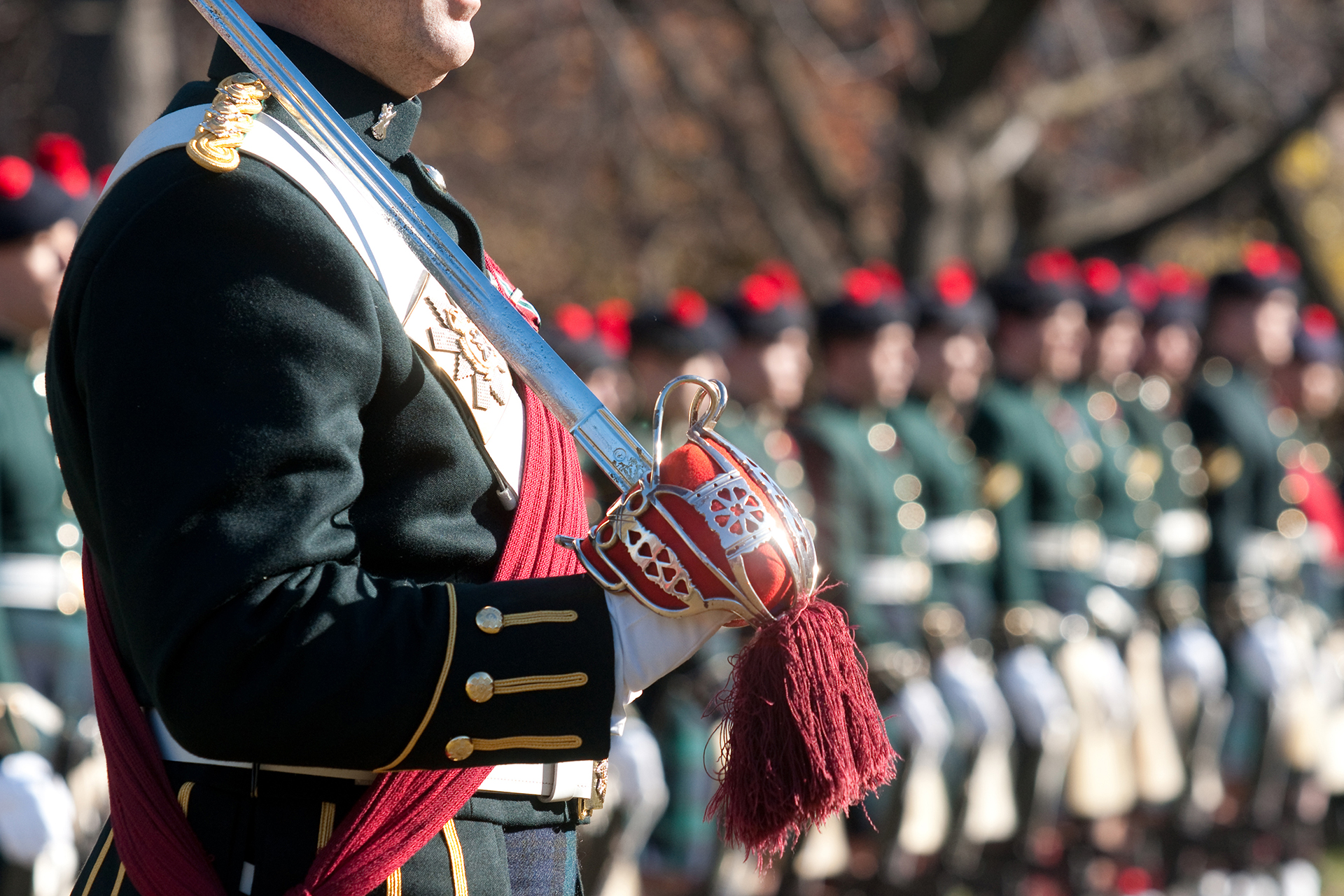 Memories Of The Military

The design has changed, and the combat element has been lost. Despite this, kilts are nonetheless an essential element of armed forces across the world today. They retain a status of authority and military power and form a key component of parades and ceremonies.

The practical use may have diminished, and they may no longer hear the echo of war cried with every wear. However, there is no denying that the garment’s power and visual impact will never die. 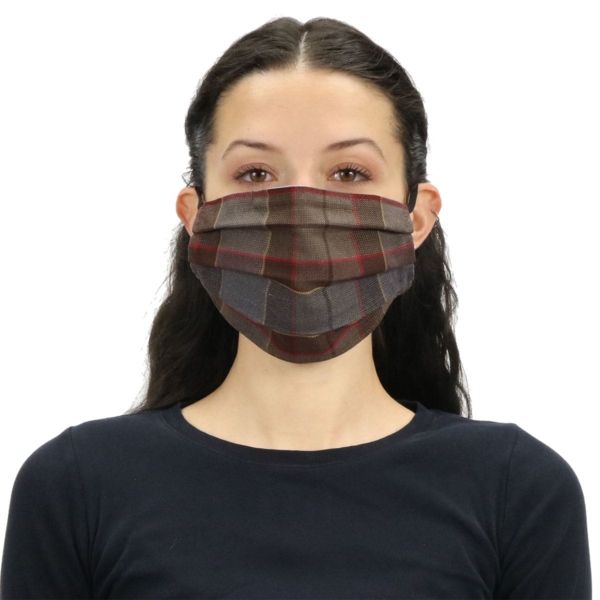 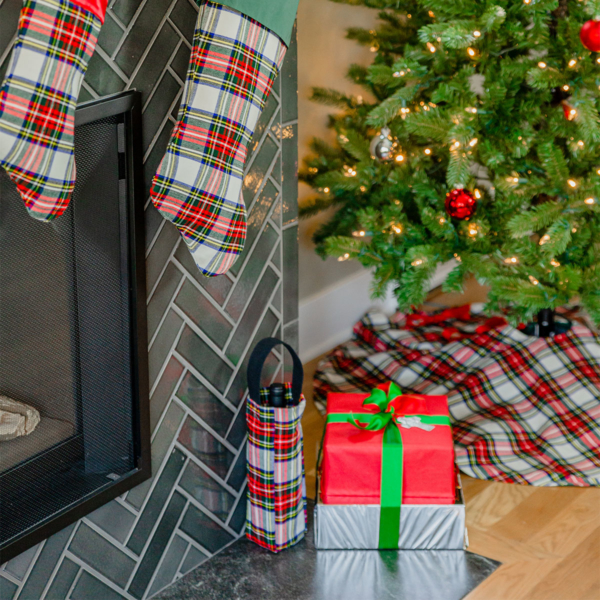 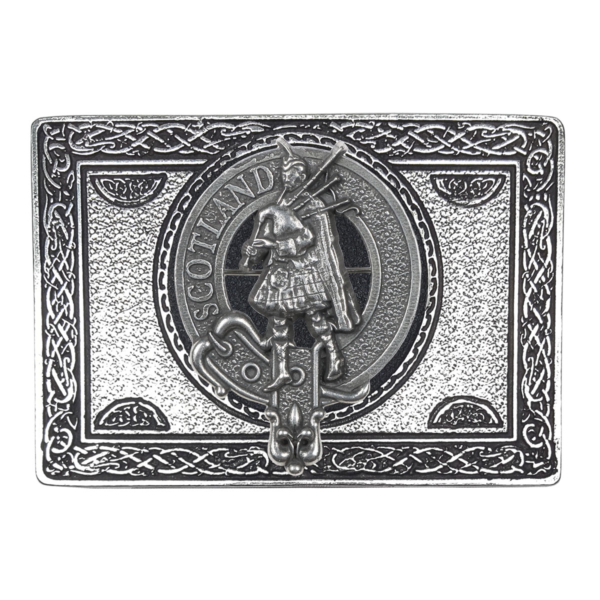 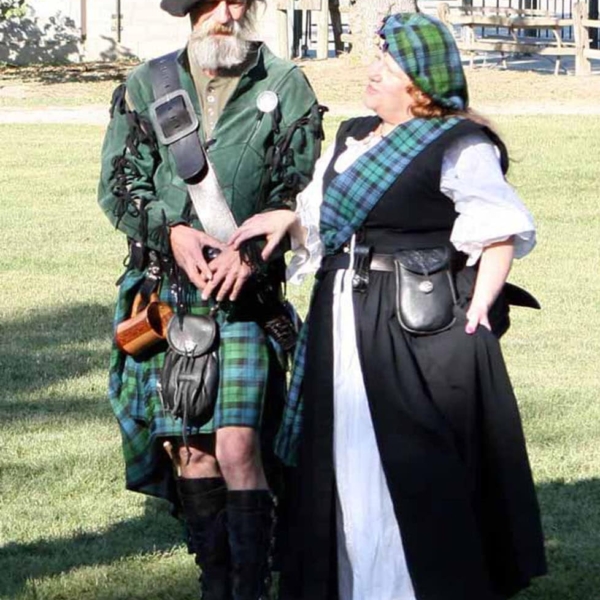