In the U.S. when you are out and about in public while wearing a kilt it’s not at all uncommon to be asked if you are Irish, as opposed to Scottish, since the kilt has become stereotyped as a part of traditional dress in Ireland as well as in Scotland. The misconception is reinforced every March as people see pipe and drum bands in their uniform kilts marching in St Patrick’s Day parades. It has been further strengthened by the creation of the various Irish tartans in recent years. Noted scholars who specialize in the topic of historic attire now agree that the Irish kilt does not have the ancient pedigree that some people believe. In fact, the current evidence suggests that the kilt only started becoming a part of Irish civilian attire in the 1800s. However, the topic does remain an occasional subject of debate.

It seems to have been Eugene O’Curry who first promoted the idea of the kilt as being worn in Ireland since ancient times in his book Manners and Customs of the Ancient Irish, published in 1860. His claim was later championed in 1903 by Patrick Weston Joyce in the book The Social History of Ancient Ireland.

”The Gaelic form of this name is celt [kelt], of which ”kilt” is a phonetic rendering. The word occurs so seldom, and is used so vaguely, that we might find it difficult to identify the particular article it designates, if the Scotch had not retained both the article itself and its name: for the Highland kilt is the ancient Irish celt. The kilt – commonly falling to the knees – is very frequently met with on the figures of manuscripts, shrines, and crosses, so that it must have been very much worn both by ecclesiastics and laymen. It appears in a very decided form in the eleventh-century illustration given here (fig. 120).”  – A SOCIAL HISTORY of ANCIENT IRELAND BY P.W. JOYCE, M.A., LL.D., T.C.D.; M.R.I.A.,1908.

However, it has been shown that Joyce’s explanation above is flawed. Both he and O’Curry made the mistake of interpreting the “leinidh”, or traditional long shirt worn in early Ireland as being a kilt. AS for Joyce’s claim above that the “kilt” is a phonetic rendering of “Celt”, he is wrong there as well. Kilt is now believed to an English word of Scandinavian origin meaning “to tuck up”. They also seemed to make the same mistake as earlier scholars who claimed the kilt is of more ancient origin in Scotland. They pointed to surviving Medieval art which shows men with what seems like a skirt-like garment on their lower half and claimed they are wearing kilts. But again, the more accurate interpretation on these examples seems to be that they are wearing long shirts like the leinie or knee-length tunics.

Of course, it is also during the late 1800s that a Gaelic revival was growing in Ireland. The goals of the movement were to preserve traditional Irish culture including language, literature, sports, song and dress. It’s not surprising that the movement would have taken to heart the honest, but erroneous information from their contemporary scholars.

A number of Irish nationalists also started sporting kilts during the late 1800’s and early 1900’s. Sir Shane Leslie (born John Randolph Leslie 1885) came from an Anglo-Irish family but converted to Catholicism while at college. He became an Irish nationalist and adopted the “traditional” solid color saffron kilt, and began a personal campaign to promote it in 1906. Later in life a description of Leslie even appeared in the February 1957 Time Magazine as he cut a “glorious Irish swath through London on his visits, tricked out in mutton-chop whiskers, cockaded tam-o-shanter, green kilt and dagger in the stocking.”

William Gibsons, 2nd Baron Ashborne was another Irish nationalist aristocrat who favored the kilt. In 1913 when he was first admitted to the House of Lords there was much speculation as to whether he would wear his saffron kilt to Westminster. Just a few months before the House of Commons had refused to admit a kilted Irishman into the public “stranger’s gallery” and it was wondered if Ashborne might cause a similar incident. In fact his father is reported to have only left him the equivalent of $4,000 from his estate because he was such “an enthusiastic Nationalist (who) wears the ancient Irish dress and is a convert to Catholicism.”

It has been suggested that it was Joyce (above) who inspired Irish pipe bands to start wearing the saffron kilt as their uniforms as part of this movement. An increasing number of pipers and bands appear to have started adopting the kilt in the years prior to WWI. The Black Raven Pipe Band, the St. Laurence O’Toole Pipe Band, and the Younghal Pipe Band are among still surviving bands who adopted the kilt in the early 1900s. The Black Raven Band marched for the first time in 1911 in two new uniforms. One consisted of a black tunic with a green kilt and white tartan shawl, and the second was a white tunic with a saffron kilt and black tartan shawl. The original band competed in national competitions until 1916 when several members joined the Easter Rebellion and it’s founder Thomas Ashe would eventually die in prison in 1917 as the result of a hunger strike.

Thus, even if the kilt is a relatively modern addition to “traditional” Irish dress, it still has a colorful (if sometimes politicized) history that can be celebrated.

For more information on the arguments concerning the early origins for an early Irish kilt see the article “Proof against the Existence of an Irish Kilt” (This link is to the article in the old version of her website resurrected through the Wayback Machine) by Kass McGann who is well known among U.S. historical reenactors for her research into the clothing of the past, as well as her historic clothing business: https://www.reconstructinghistory.com 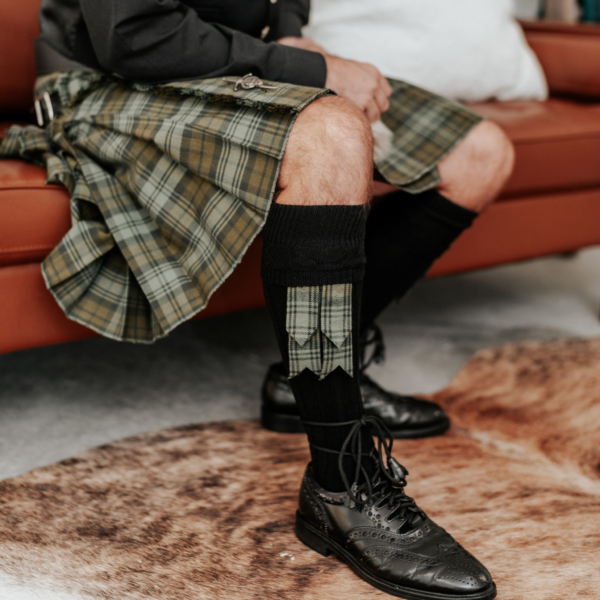 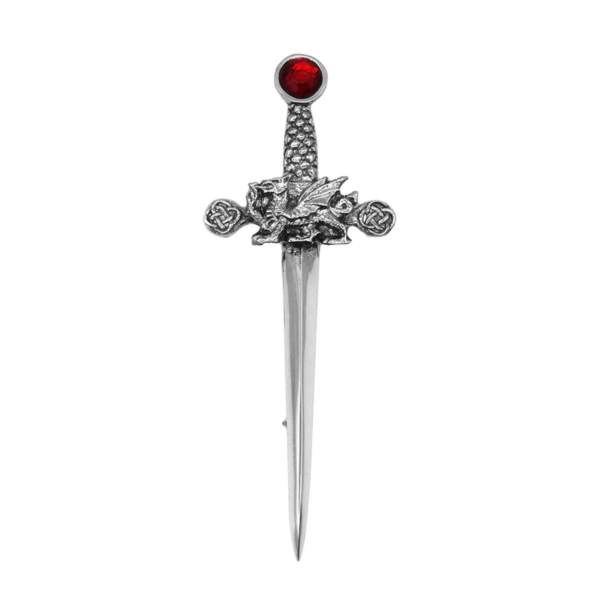 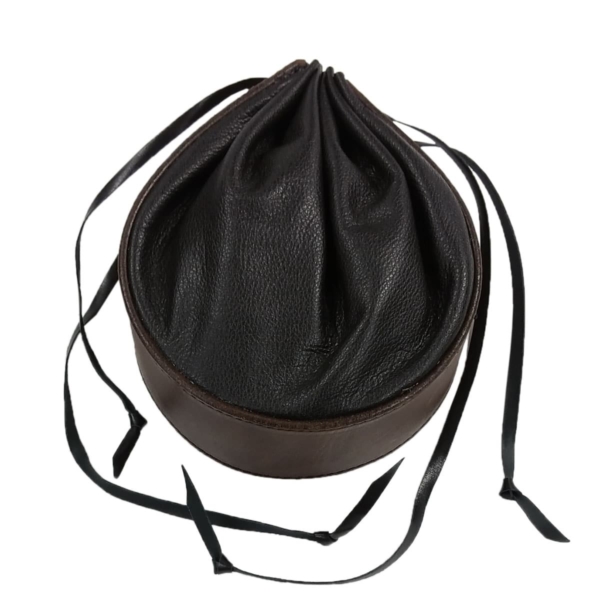