Scottish Heritage: All About Clan MacDonald

“What’s your Scottish clan?” If you’ve ever been to a Highland Games or visited Scotland, you may have encountered this question. People all over the country and the world have a desire to connect to their roots and learn about their ancestors.

If you’re reading this, given the title of this blog post, chances are you are a MacDonald. In that case, let us bid you a hearty, “Per Mare Per Terras”! For the uninitiated, that’s the Clan MacDonald motto, meaning “By sea and by land.”

What we can be less sure of is how you came about your familiarity with your Scottish clan origins. Some people grow up knowing where their family came from and how they dispersed throughout the world. Others discover their family history later in life through meticulous research.

It’s no secret that Americans are more interested in their family trees than ever before. On Black Friday 2017, for example, Ancestry.com sold 1.5 million kits. The reasons behind this interest are manifold, and probably too complex to get into here.

We do know the two most popular routes that people are using to learn about their personal stories.

DNA kits are one way people learn how they came to have their hair color or hereditary health risks. Another way Americans, in particular, are researching their background is traditional genealogical research.

Genealogical research offers a distinct advantage over simply knowing your DNA makeup, however. By doing the leg work and researching archives and records, people can get qualitative as well as quantitative information. Documents, letters, photographs, and written histories give present-day people a 360 picture of their origins.

You want to know why you are the way you are and how you came to live where you live? You need to know about more than your genes. Primary sources can help you discover the cultural, ethnic, national, and religious traditions that mattered to your predecessors.

In short, probably began your work to learn about your roots because you were curious about your heritage.

If you suspect (or know) that you have Scottish roots, you have a few research options at your disposal. Should you get seriously involved in your search, you might want to consider a trip to Scotland itself.

The Scotland People’s Centre in Edinburgh helps interested genealogy sleuths trace their origins. Another route is Scotland’s National Library which houses the International Genealogical Index. At the National Library, you can find documents and data going back to the Middle Ages.

You might also pop into the National Records of Scotland for government or civil documents about your ancestors. Glasgow is home to the Mitchell Library, which also keeps family history resources and records.

If you’re among the approximately 50 million people around the world claiming Scottish ancestry, you’re part of the Scottish diaspora.

What if it’s not enough simply to know you’re Scottish? You want to know more about your family of origin: what kind of people they were, what mattered to them.

While Scotland’s various archival organizations do a pretty thorough job of record-keeping, you may still feel like you’re swimming upstream. A lot of family information, even in government records, is self-reported, which can make it unreliable. Be ready to visit your library, spend time online, and maybe spend some money on ancestry tracing services.

If any of your ancestors were enslaved, you may find that that adds a wrinkle to your search.

However, experienced hands have certain strategies that can help you forward on your quest.

So, you’re a MacDonald. You’ve got an answer to the question, “What’s your Scottish clan?”

You’ve done the research, you’ve sent away for the kit, you’ve seen the immigration paperwork and the baptismal records. You’re definitely a MacDonald.

Let’s take a deeper look into just what that means. It’s more than the hamburgers and french fries people commonly associate with the name.

To begin with, the MacDonalds are probably the largest Scottish clan. However, the family has many branches with different Chiefs.

MacDonalds fought in many storied battles throughout Scottish history.

Excitingly, MacDonalds engaged in the most infamous naval battle in Scottish history that significantly contributed to the death of the clan system This skirmish goes by the name of the Battle of Bloody Bay in the 15th century.

This one sounds like it came right out of Game of Thrones. A father, John MacDonald, Lord of the Isles, squared off against his son, Angus Og, in Scotland’s greatest sea battle. The setting of this fight fits the “Per Mare Per Terras” motto included in the Lord of the Isles version of the MacDonald clan crest.

The heir apparent Charles, Prince of Wales currently holds the Lord of the Isles title.

You can just hear the Game of Thrones theme music playing over the credits, right?

In 1577, the Clan MacLeod suffocated over 350 members of the Clan MacDonald in a cave. This mass slaughter came to be known as the Eigg Massacre. It was the final result of a back-and-forth between the two clans over an insult to some women’s honor.

When the MacLeod Clan Chieftan’s son washed ashore after some MacDonald clansmen left him for dead, the MacLeods retaliated. The MacLeods sealed up hundreds of MacDonalds in a cave and set aflame the vegetation they used to seal it.

In 2016, tourists discovered bones in the cave that experts believe belong to the massacred victims. After this recent discovery, they uncovered over 50 bones from the site date to the time of the Eigg Massacre!

If you are a MacDonald or have MacDonald heritage, show it off! The Celtic Croft has a wide variety of items to help you show the world where your roots are.

The Celtic Croft has kilts with the MacDonald tartan. Don’t forget your kilt pin and cuff links. Grab a Clan MacDonald ring to fully represent your clan.

The ladies might enjoy an infinity scarf from MacDonald tartan, or perhaps a square scarf?

We have pub glasses, whiskey glasses, wine glasses, and coffee mugs with the MacDonald clan crest. If you’re out, we even have a Clan MacDonald flask.

We have brooches, necklaces, keychains, and more with the MacDonald clan crest, as well.

For the little ones, how about a Clan MacDonald onesie and baby hat?

Don’t forget the pups! Get your dog a Clan MacDonald collar and leash.

The Celtic Croft supports your mission to honor your ancestors. We offer tartans, kilts, and traditional accessories that are destined to become heirlooms, from our family to yours.

Now, when someone asks you, “What’s your Scottish clan?”, you’ll not only have a ready answer. You’ll have the gear to prove you’re undeniably a MacDonald.

Visit The Celtic Croft and begin a MacDonald Clan tradition in your family that will last for generations. 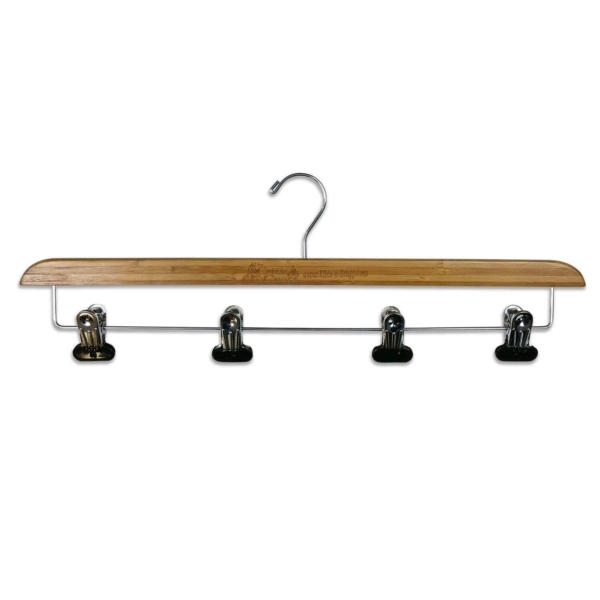 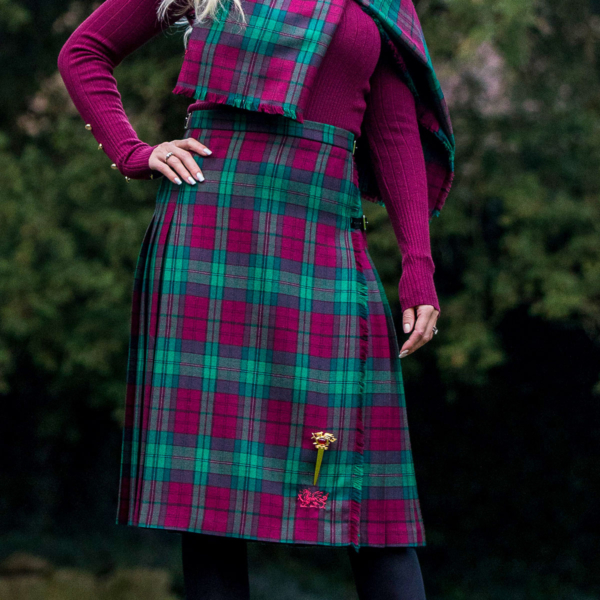 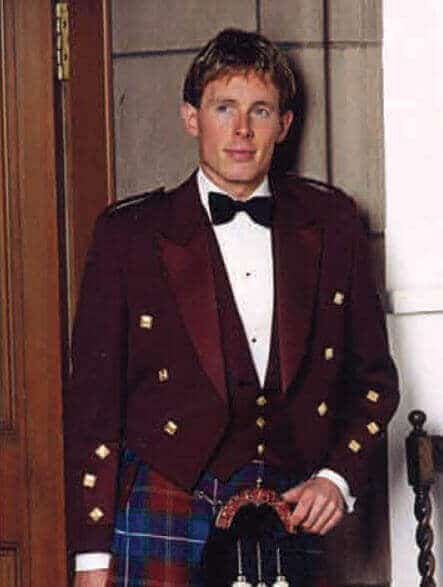