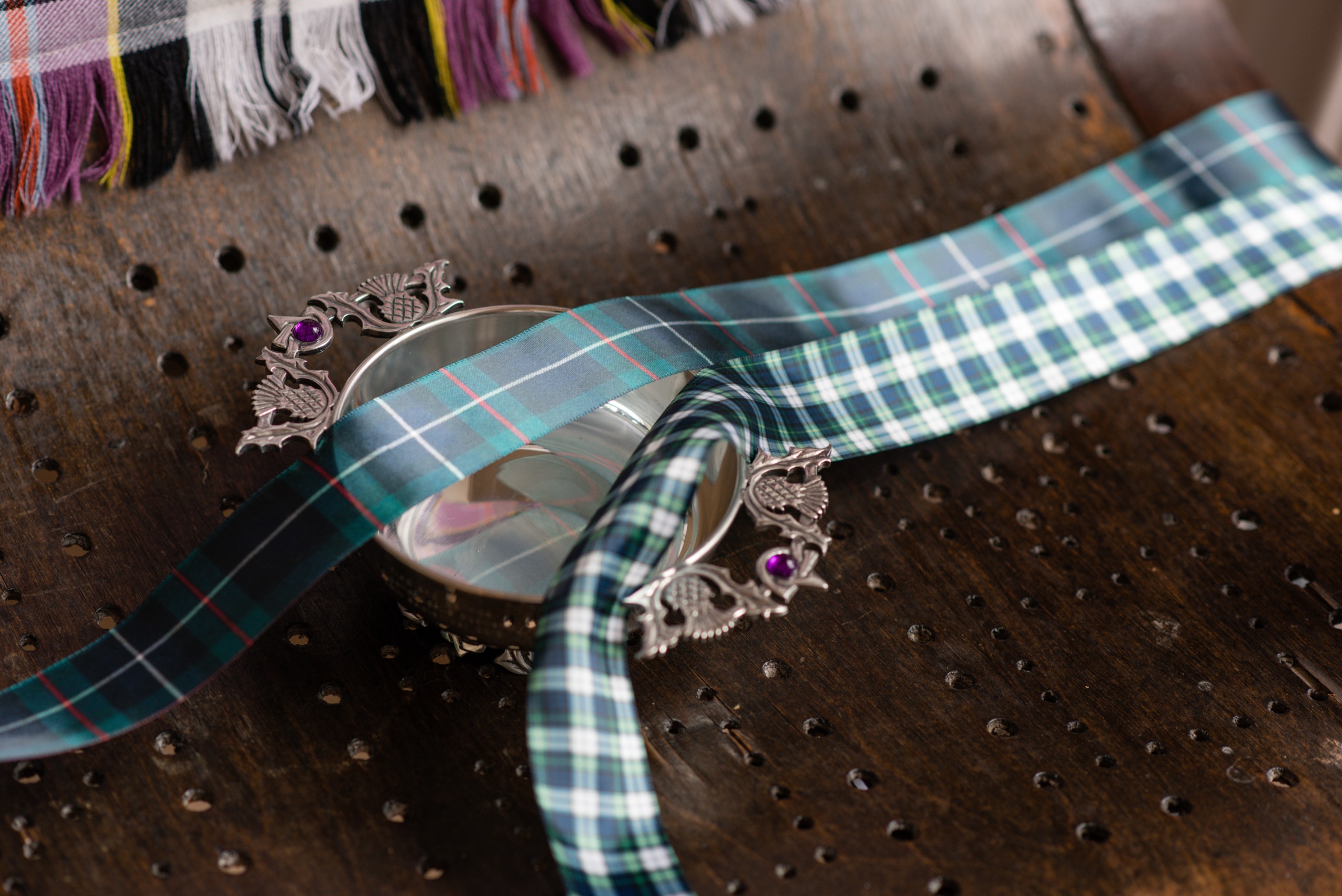 Of all the weird and wonderful customs which emerge from Celtic culture, the Scottish quaich can be a confusing concept. Do you pronounce the ‘Q,’ as in ‘Quail?’ or ‘Queue’? Do you wear it, drink it or eat it? Is this even a real thing, or are we just messing with you?

The Scottish quaich has a rich history, and no, dear reader, we are not making any of this up. Read on for everything you need to know and prepare for any eventuality. Never again will you be confused by the quaich!

So What Is A Scottish Quaich? 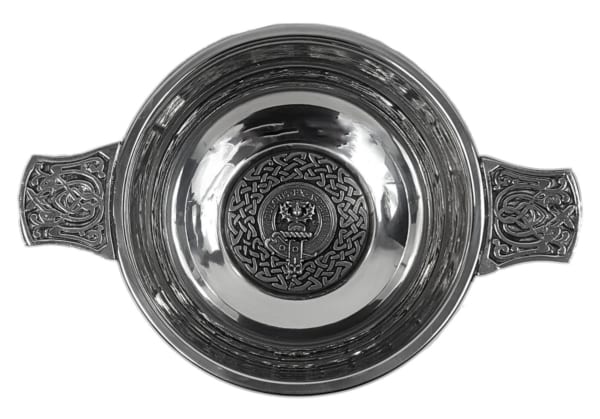 A Scottish quaich may sound like a dubious snack, but it refers to a cup. This cup is not, however, merely your favorite tea mug. The word itself, ‘quaich,’ is a Scots interpretation of the Gaelic’ coach’—literally meaning cup. As in a drinking cup.

The quaich is a two-handed vessel, typically referred to as the ‘love cup.’

Both partners in a couple will take a handle each and drink together.

The intention is to prove that you trust one another enough to share the cup and take a drink without spilling. The unifying act of drinking together also signifies two people coming together as one. As a result, the Scottish quaich is a regular part of the first toast of any wedding.

The vessel can be filled with the favorite drink of the couple. Alternatively, two liquids can be combined. This act symbolizes that two have become one.

In addition to romantic connotations, the quaich toast endorses and honors friendships. You could also call the Scottish Quaich ‘the cup of friendship’ if you like.

As we mentioned, it is a common feature at wedding toasts. Hosts may also offer the vessel as a welcoming drink at Clan gatherings.

How Does The Ceremony Work?

As well as functioning as a cup, the Scottish quaich also forms a crucial part of a ceremony. It symbolizes that two individuals, along with their families, are coming together as one.

The first party will drink from the quaich before offering it to the second. These days, the order is down to choice or politeness and is less significant. Historically, however, the family or clan leaders would have been the ones to pass around the vessel. The order would have been significant, and a perceived slight or insult to status potentially deadly.

What Materials Were Used? 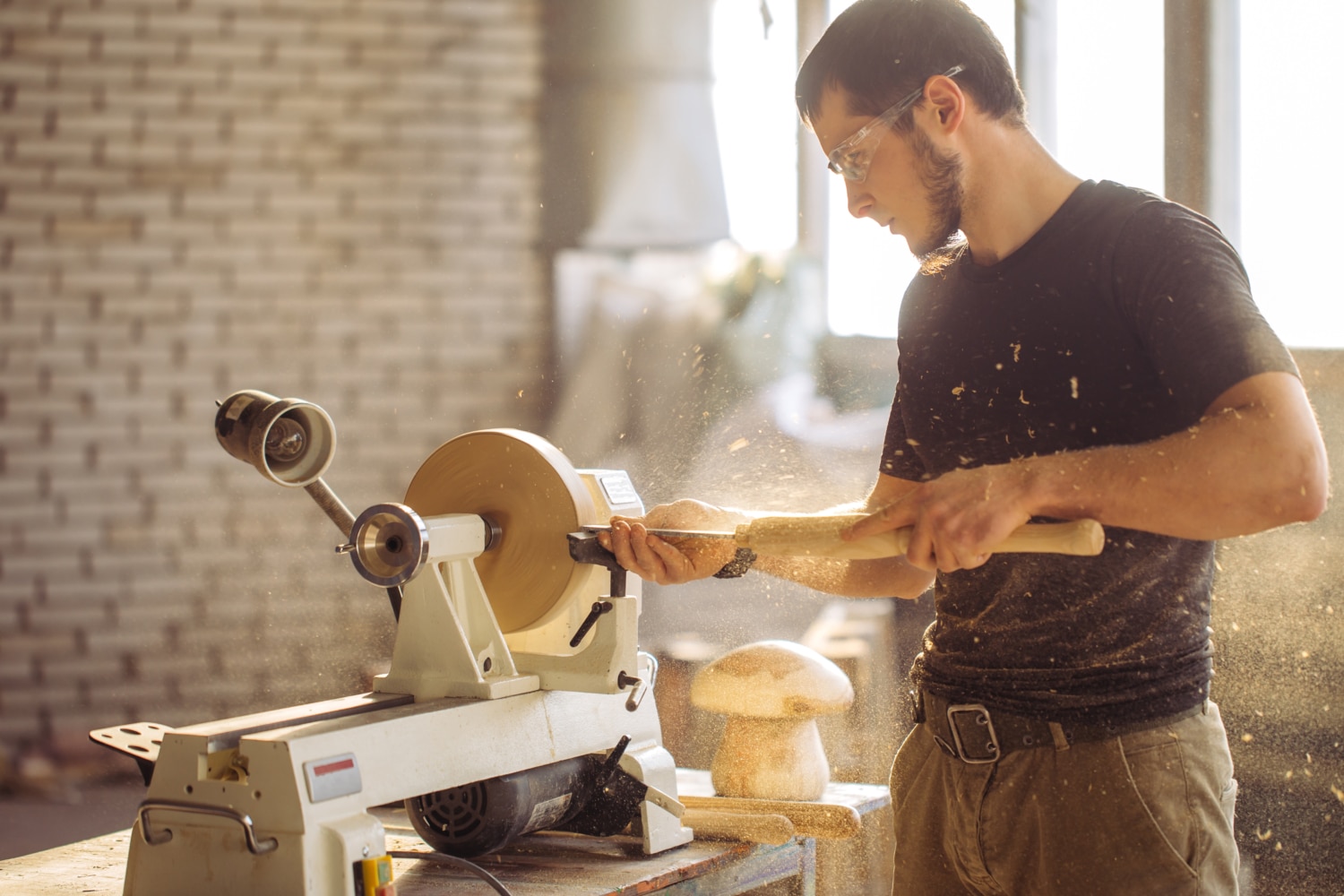 The quaich has a rich history, displayed in the oldest known examples. Made from wood, these early models were composed of staves. Then, grouped by willow or silver bands, into a barrel shape.

Alternatively, the quaich could have consisted of a single piece of wood turned on a lathe. Most of these original examples would have had up to four handles, emphasizing the role friendship played in the design. As time went on, craftsmen used pewter, brass, horn, stone, and even silver in construction.

Evidence from Perth and Inverness tells us that silversmiths became used to crafting items from the material. The profession was regarded very highly in the 17th century. Quaichs became delicate and decorative, more suitable for the ladies who frequented Scottish high society. Prestigious figures, including Sir Walter Scott and Bonnie Prince Charlie, owned highly ornate models.

Glass was another common material in the construction of the quaich, and it served a useful purpose. For those with many enemies, a glass-bottom allowed them to keep a close eye on their guests while drinking. This meant that there was less chance of being taken by surprise.

Romantics also favored a glass bottom, though for very different reasons. A double glass bottom could be used and designed to hold a lock of their loved ones’ hair. As well as a pleasing aesthetic, this allowed the owner to drink to their beloved. 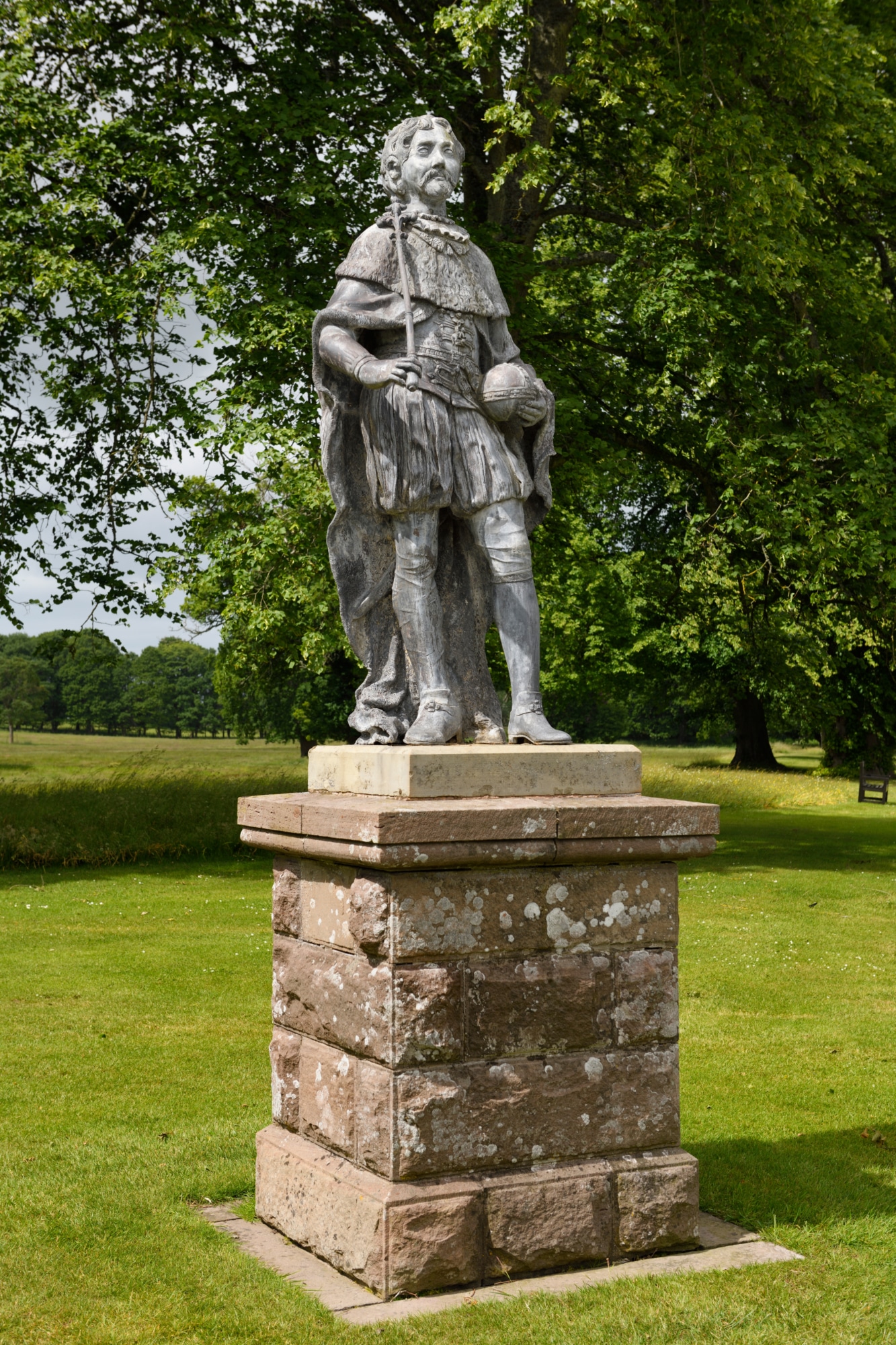 The Scottish quaich has had fans throughout history, some of whom held the highest offices in society. The design seems to have originated in the Highlands and did not reach Edinburgh until the late 17th century. Designs and materials have adapted through the ages to become the shapes we commonly recognize today.

Even royalty respected the quaich. King James VI of Scotland presented a beautiful design as a wedding gift to Anne of Denmark in 1589. This tradition, of exchanging quaich as wedding tokens, is still practiced today.

The quaich even makes its way into Jacobite stories and history. One example is 1745, traveling from Edinburgh to Derby, alongside Prince Charles Edwards Stuart’s army. For the first time, the Scottish quaich was well below the border. 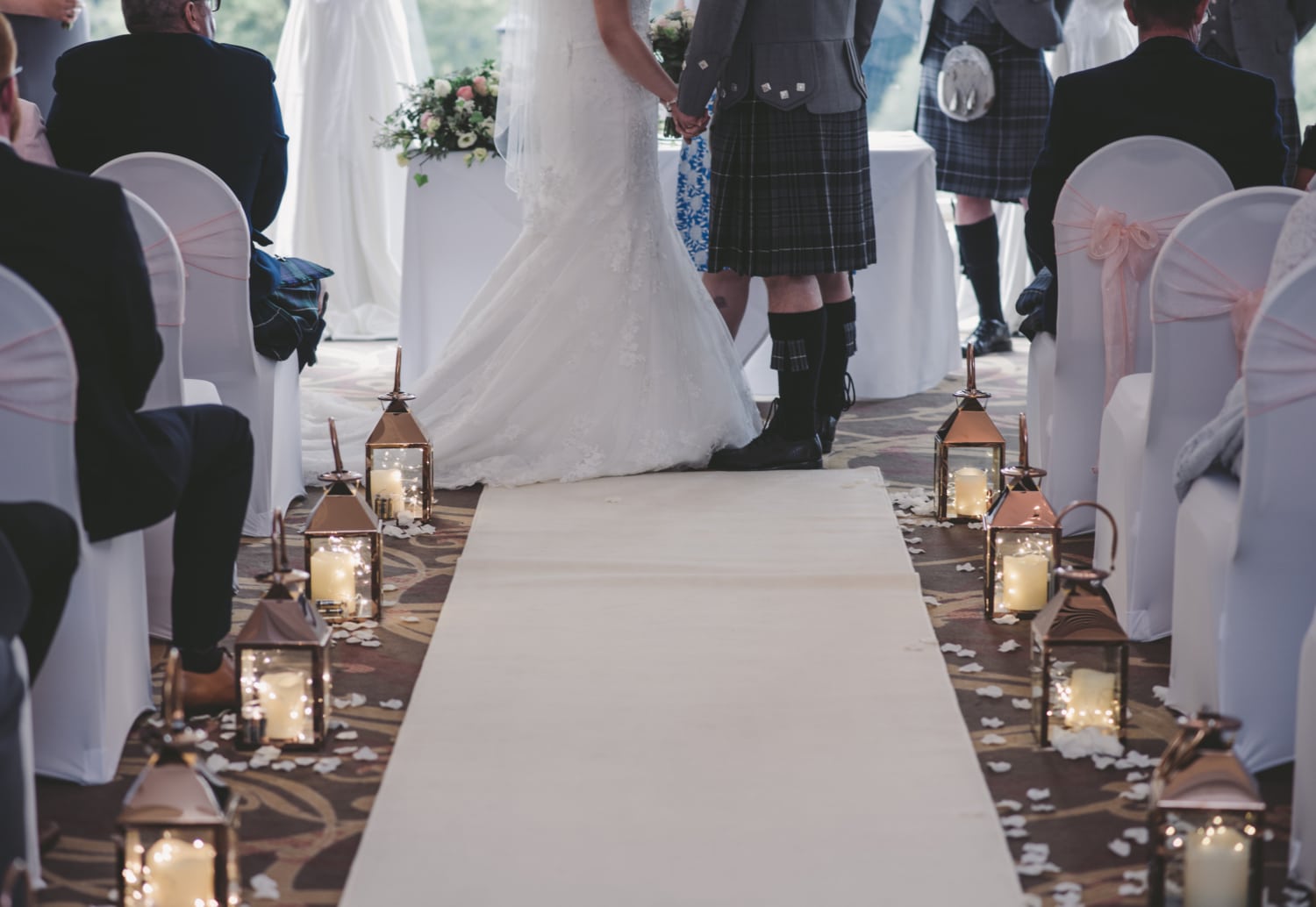 As we have mentioned, quaichs have taken on a broad and multifunctional purpose in modern societies. They are commonly seen at weddings. Here, it is customary to present the quaich to all at the top table. Each member of the wedding party drinks to the couple’s health.

The presence of a quaich also accompanies many births and christenings.  The notion involves inviting the guests present to drink the baby’s health and celebrate new life.

In some cases, the Scottish quaich can play a more prominent role in those early months. Kilmuir hosts a wooden quaich, which enjoyed a previous life as a baptismal font. As a result, they have become traditional gifts to newly baptized babies.

A quaich may also commemorate a significant occasion as a prize or special gift. As a rule, these items tend to be purely decorative rather than functional and made from a shining silver or pewter.

So How Do You Pronounce It? 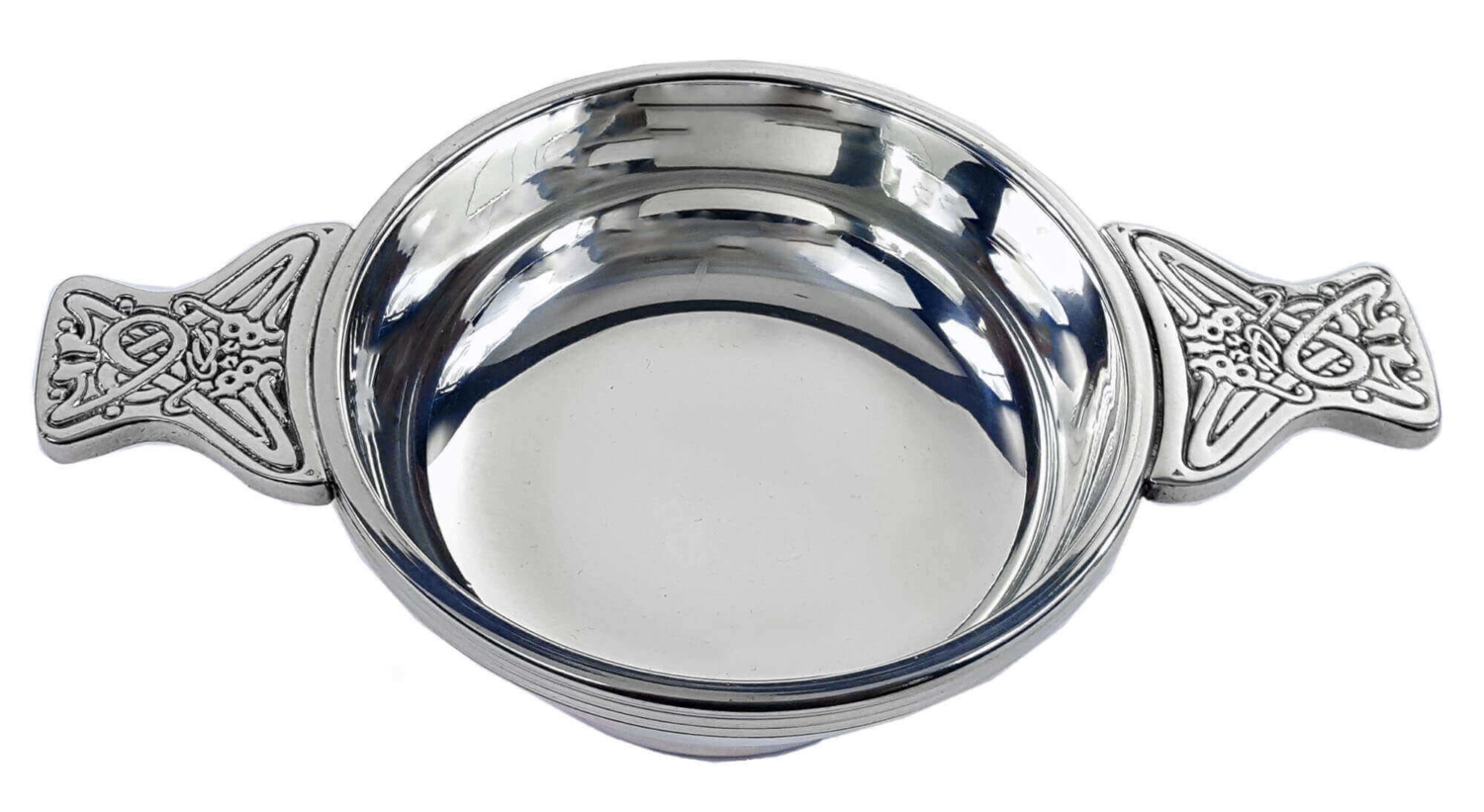 So now you know exactly what to do if you are proffered a beautiful, dual-handled bowl at a Scottish wedding. But how do you bring it up in conversation? Pronunciation can be tricky, especially with so many dialects at work.

As a rule, most people pronounce quaich as ‘quake,’ making the ‘k’ hard. This is accurate, but you will need to perfect the ‘ch’ sound to get the authentic Scottish pronunciation. This sound comes from the back of the throat and is a little less clipped than a hard ‘k.’ For reference, try pronouncing ‘loch’ or ‘dreich’—these have similar sounds.

Are you interested in obtaining your very own quaich? Head over to the Celtic Croft to peruse our wares and obtain your very own symbol of love and friendship!